They think that the operations were not done unnecessarily 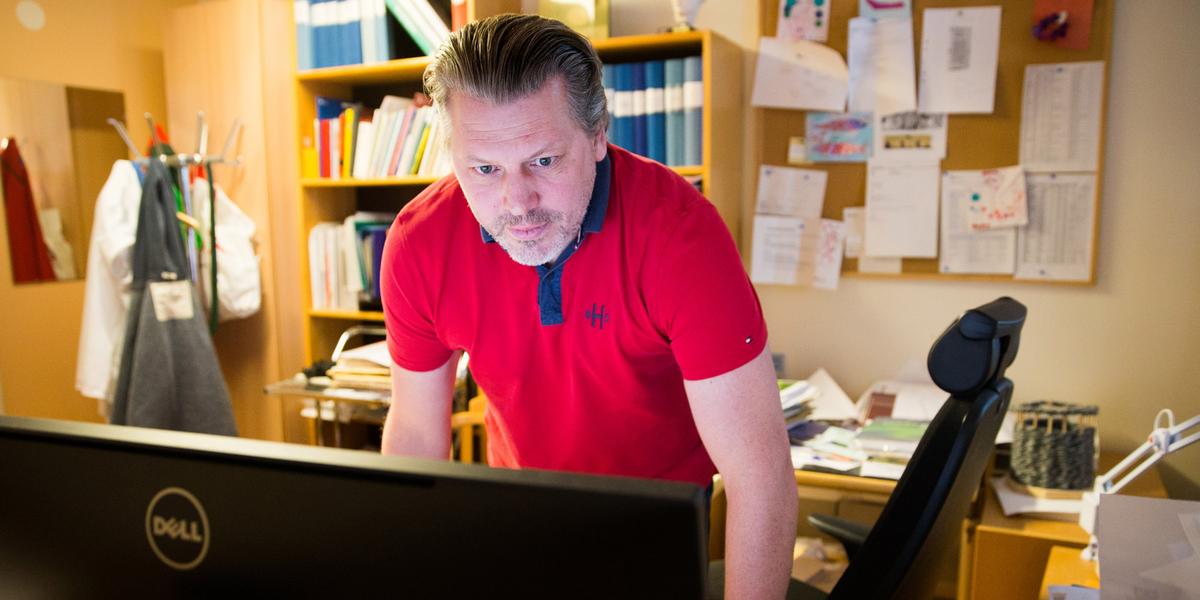 As the VLT wrote, hip transcription operations and laboratory reconstructions, reconstruction of the lap of the lap, were performed for nine years at the Västmanland hospital. After several patients reported to the IVO Inspection and Care Inspection, an investigation was initiated. Among other things, IVO benefited from the help of external experts, professor and senior physician and stated that the epicenter structures should be considered as an experimental method, and the clinic received criticism from researchers.

However, the patients with whom VLT has had contact have never known that this method has not been scientifically designed in Sweden. They also believe that the clinic did not perform any appropriate intervention after intervention to find out what happened to them, something that they consider particularly important because it was an experimental method.

Orthopedic surgery manager Martin Andersson has a completely different view. He claims that everyone was followed.

Here's how he writes in the email:

"Throughout the period of transcriptional activity in Västmanland patients were monitored using a questionnaire and / or physiotherapist with six-month controls and annual controls, patients were always able to consult physiotherapists and doctors. In case of problems without further referral procedures, we also sent letters with evaluation forms to all after we reconstructed the labrum, in the spring we also called the majority of reconstructed labrums and summarized their situation, some patients did not get in, but they registered the last check, if applicable. "

However, none of the patients with whom VLT talked and who suffered from a permanent post-operative operation, claims to have received a six-month check, an annual check, completed a questionnaire or post-operative evaluation form. They also did not receive any letters or calls from the clinic. Everyone reacts more or less the same to continue.

– No, definitely not. I did the lab's reconstruction, and besides that I was called a physiotherapist shortly after the operation, I had no control and did not receive any letter. And if they called, and I would not answer, I would have a few missed calls, and I did not have one, says one of the patients.

Martin Andersson, how were patients observed?

– All patients had a visit and testing at the physiotherapist after surgery, and all were called for 6 months and one year of observation with a physiotherapist here in Västerås. Everyone visited the doctors, as well as the telephone, the response rate was 85 percent. Surveys were sent to everyone who filled out the survey before surgery.

VLT talked to many patients and everyone says they have not received any checks, what about this?

– Again, this is over 85 percent of answers, so everyone did not answer. If you do not decide to continue or what it is, I do not know. The form was sent in 2016. Further follow-up by phone is to investigate how the pain of the patient has developed since the operation.

Is this the sequence usually after surgery?

– In general, patients are often subject to post-operative follow-up, but in this case they may be more formalized. Usually, we do not use our own forms or telephone surveys, but this is usually centrally managed, eg. By means of a register and register of hips / knees. However, there is no comprehensive registry for laboratory reconstructions other than Denmark, and we did it this way.

Why were the operations considered experimental?

"I was not responsible for the operations when the operations started, so I do not know how the discussions took place, but laboratory reconstruction is not a new method, it's done in many other clinics, mostly in private health care facilities, so there's no method that doctors found here, in the case of hippocampal transcripts, both in terms of FAI and reconstruction of the labrums, they were performed on over a thousand patients in the United States before entering Västmanland.

Why were the operations stopped?

"When I was here for a year and returned to patients who had post-operative problems, I made the assessment that we had to stop and collect the material before continuing, while I think there are some patients who would benefit from this type of surgery, but in that case to do it together with scientific research. According to what we said, we will continue to follow all patients with lists and complete them with estimates and revisit offers if necessary.

Patients say they have not received any information that the method has not been scientifically tested, what will you say about this?

"We need to be more understandable in patient information, even at risk, and then we do not always hear the same as we said.

How many patients have undergone laboratory reconstruction at the orthopedic clinic at the Västmanland hospital?

Is there any indication that operations have been performed unnecessarily?

– No, there is nothing to offer.

What should patients who feel they do not receive help do?

– They will listen to us, maybe we will not be able to do anything more and maybe no one else will be able to, but at least we will be heard and we will receive information and help that we can give.

Have you made any Lex Maria notifications related to the operations?

– No, and it can be difficult to say whether the surgery caused serious damage to health, or whether, for example, the hip joint prosthesis was an expected health complication. All complications that have occurred in connection with surgery are reported to LÖF and are relatively little visible in the number of operations.

How many of them are considered to be permanent injuries after surgery?

"It's important to distinguish those who are not good from complications. Of the 101 people, 75 percent were good or better, and the reported surgical complications were transient." Ten patients had some type of pain after surgery, usually suffering from temporary nerve pain, but not No serious complications were reported, but many people in this group suffered from significant cartilage damage and certainly several were later used with the prosthesis.

However, data from LÖF, a mutual insurance company in the county, show that they have decided that at least ten people undergoing laboratory reconstruction, a method considered to be experimental, have detrimental damage to health and more reports are being investigated. This means that every tenth operation has been assessed as having such serious permanent injuries that it is entitled to compensation.

Martin Andersson, are these two doctors still working in the Västmanland hospital?

"One does it, but does not perform any arthroscopic hip surgery anymore.