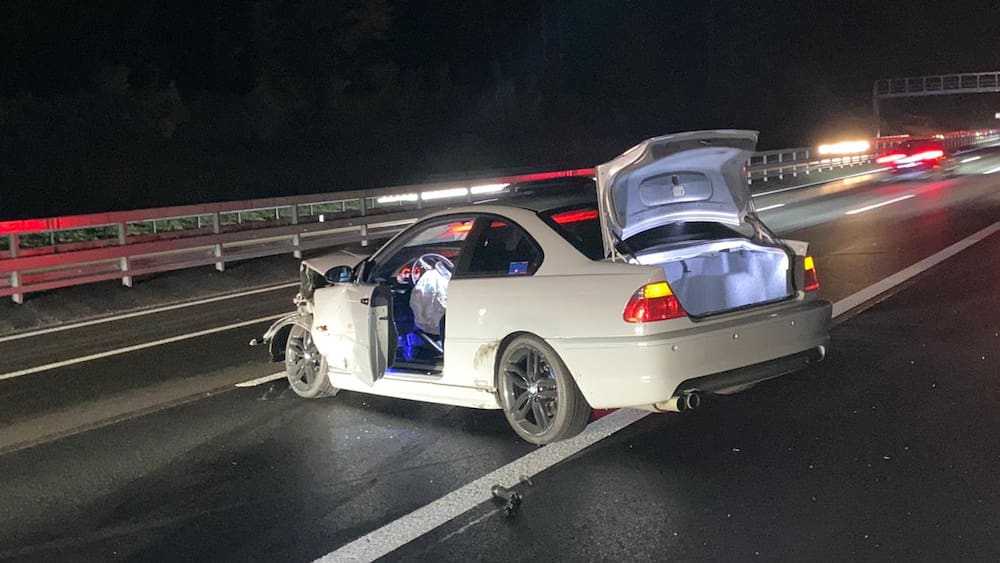 On Sunday evening, just after midnight, a traffic accident occurred on the A1 motorway towards Zurich at the height of Effretikon. Maybe the drivers of two powerful cars ran the race.

As reported by reader BLICK (28), a white BMW 330i was involved, which apparently collided with the Audi RS3.

"Shortly after midnight there was a collision of two vehicles. The overtaking lane was then briefly blocked, "says Ralph Hirt, spokesman for the Zurich cantonal police, at BLICK's request.

According to a reader reporter, the debris was spread over three lanes along the road, and some parts were in the opposite lane. "When I arrived at the scene of the accident, I heard a BMW driver and his pilot agree with the Serbs what they wanted to tell the police."

The driving style of the accident driver, which he estimates as 20 to 25-year-old, unfortunately could not observe because the reader-reporter was driving in Kempthal on the A1.

The Audi driver who hit the BMW initially escaped the driver, but a little later returned to the scene of the accident. The two drivers argued loudly and almost fought each other. One accused the other of shooting him, "reports a reader reporter. The other replied that he was disabled to drive from the puncture strip on a standard meter.

The dispute between two PS pilots can be resolved. The reader's reporter has a clear opinion about the riders of accidents: "They are idiots. Do they also think that they might as well meet their mother or children? »

Two people were taken to hospital after an accident with unknown injuries. Unknown damage to property has occurred on both vehicles and the road. The cause of the accident is not yet clear. The cantonal police in Zurich did not comment on a possible race that could have preceded the accident. (CRC / CT)