Bugatti shows the car: all information about the super racing car 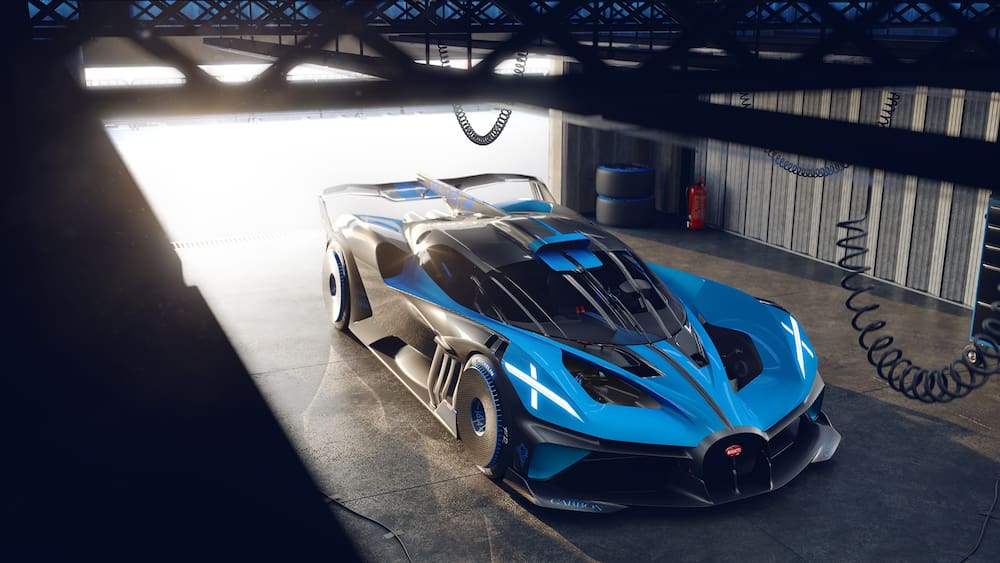 Digital images are patient. Computers resurrect the dinosaurs in the movie or throw us into space. Come up with a car that doesn’t really exist? No problem – some cars were designed exclusively for computer games. But now the Bugatti comes with a few pictures and statements: This is the most extreme racer we’ve ever built! Virtual or real?

Bugatti President Stephan Winkelmann has given his engineers a free hand: the result is called “Bolide” and is the prototype of a spectacular hypersport car: its 16-cylinder engine with 1,850 hp and a maximum torque of 2,000 Newton meters, thanks to its extremely lightweight carbon fiber construction, weighs just 1,240 kilograms to done. This means: the PS only needs to move 670 grams. A little more than a bag of flour.

Simulations on the racetrack

Because: These are not measured values. Bugatti calculated them in simulations. The engineers also sent the car to test laps on two legendary race tracks: the Nürburgring-Nordschleife (all records can be found here) and the Sarthe circuit, which hosts the Le Mans 24 Hours. The dream Bugatti raced through the so-called “green hell” in 5: 23.1 minutes. This is striking distance from the Porsche 919 Hybrid Evo’s lap record of 5: 19,546 minutes. Le Mans time stopped at 3: 07.1 minutes – seven seconds faster than the track record!

But: the car only achieved practically these days. Does this car even exist? Or maybe the Bugatti engineers also calculated the images via the computer? We had doubts. Until we saw a video of Bugatti driver Andy Wallace, in which he made a few quick laps at Le Castellet circuit near Nice (F): The car is real.

It is only one meter tall, so 30 centimeters flatter than the current Chiron. Particularly striking is the change of the intake hood on the roof. Bugatti calls it active flow optimization. While driving slowly, its surface remains smooth, while driving at high speed, the field of arcuate bubbles to reduce air resistance and lift; In addition, the airflow in the rear wing has been optimized.

The door opens upwards – like the LMP1 race car at the World Endurance Challenge WEC, for which the Le Mans 24 Hours is also important. Fire extinguishers, tow hooks, tanks, wheels and seat belts also comply with Le Mans regulations. Does Bugatti want to announce a possible car trip at Le Mans? The French are silent. Regulations require hybrid drives from 2022. Is there any room for a hybrid module in the car? Determined virtually. But Bugatti has yet to reveal anything about reality.

Corona screening: which blood group is less susceptible to Covid-19