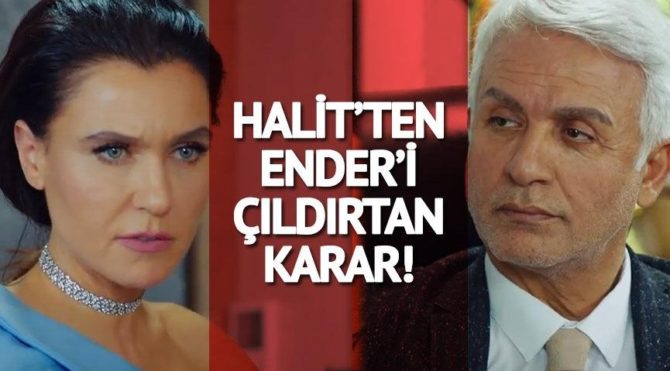 The new trailer trailer is now available. Posted in the new trailer; After learning that she is pregnant, the star is talking to Halita, r I want you to finish a rare case. Yıldız When Ender found out that Halit had not seen him, he got mad and worked with Kemal. In addition, when it comes to looking after his son with ultrasounds, he encountered a situation that did not satisfy her. Here's the trailer for a new chapter of the Forbidden Apple 23 …

A brand new trailer for the Forbidden Apple 23 episodes was released on FOX. Yildiz played a very big game not to divorce Halit. However, Ender found the real Yildiz test result and brought it to Halit. Khaled brought one of them home and took the blood of the Stars. But the blood test shows that Yıldız is really pregnant. Halit Yildiz apologizes, the stars were not surprised by this situation. Alihan has serious problems. Hira is missing Alihan's plane. Zeynep learns that Alihan's plane is not working. In section 23 of the Forbidden Apple; Stars, Ender does not let Halit meet. He wants Ender to leave the company. He runs to Kemal. Kemal is still looking for something. Rather probably I'll even take your car to your home. I know perfectly well that it is ruining – he says. Here is the forbidden new episode 23 Forbidden Apple Apple İşte

PROHIBITED WHAT IT WAS 22. APPLE PART?

Ender Yıldız takes a picture of Halit on the bed. Star captures Ender Halit together. Halit takes Yildiz to the hospital. The star says he feels disgusting and worthless. The doctor claims that Yıldız is pregnant. Halit's face begins to laugh, but the star is cold. Rarely in panic. He calls Halit on the phone, but he can not reach her. When they come back home, Zehra speaks of stars. She's in the star room, takes her suitcase. Halit does not allow Yildiz to leave. The star says he will not stop at home even though he has been cheated. The star accepts his mistakes and says he wants to have a child. Halit says he will not allow it.

Alihan and Zeynep live with the love they dreamed about. Sister Zeynep Alihan is in trouble. I do not want to break it, but Alihan's reaction is clear. There are sweet battles between them.

YILDIZ: DO NOT COME FROM GOING

Two days before going to hospital, the Stars make a fake of their jewelry. He sells his originals. The star goes to the hospital from a jewelry store. Offers the contract doctor a doctor. He wants to come here with a blackout complaint and make him look pregnant during his blood tests.

The star enjoys a lie of pregnancy. Halit says to make an appointment with a doctor early in the morning. The star is surprised but he gets better. Halit wants to tell children. He does not complain about the growth of Yıldız's lie. Halit Yildiz informs that she is pregnant. Zehra says, damn, it was from this house. All Halita's children react to this news. Halit warns his daughters. The star does not leave Zehra saying anything.

FROM HALIT TO THE END: I DO NOT THINK ANYTHING

Ender intends to talk to Halit. Yildiz will not divorce her during her pregnancy. When we say what's going to be rare, Halit says we do not have something like that, En. Ender is a pretext for son's psychology.

Hira is destroyed by Zeynep and Alihan's relationship. Alihan dismisses Hira. When he learns about his job, Hira threatens him. And shouting, I was fired because Zeynep Yilmaz did not want. When Alihan comes to the company, he finds out what Hira is doing. As soon as Zeynep enters the office, Hira hears. Zeynep does not understand what Hira did.

ENDER: WE NEED TO RECEIVE A CHILD

Ender, "we have to get rid of this child," he says about his plans to Canera. At first, Caner does not like the idea, but gives Ender the right. He plans to use Aysel, a rare housekeeper, for his treacherous plan and offers for him.