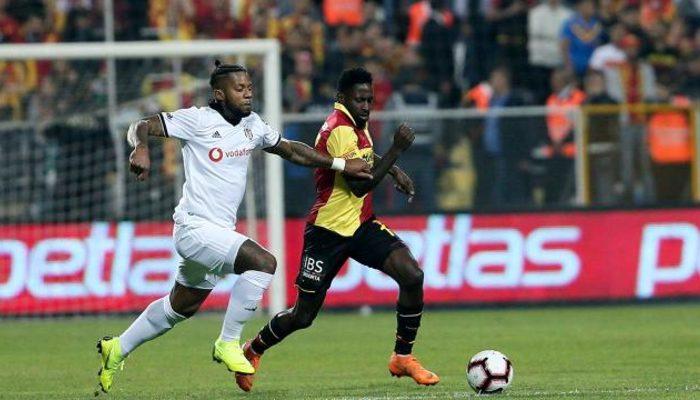 Izmir’s Super League representative Göztepe announced that Andre Poko’s contract, who did not return from his country’s national team, has been terminated. The yellow and red club announced that the contract was terminated for good cause following a serious breach of the Gabonese player’s contract, who has been in the squad for 2.5 years. The room, who was a late participant in the camps and came to the preparatory camp 3 weeks late in the summer, had the patience for the last act. It turned out that the Gabonese footballer returned from the country he went to for the national games and should be in Izmir on November 18, but the Poko, who did not join the team, made no excuses and did not answer phone calls.

Göztepe’s statement made the following statements: “Our professional footballer Andre Poko has repeatedly seriously breached his contract, ensuring continued and unjustified late attendance at the camps since signing his contract with our club. Since he was invited to the national team, he has not returned from his country without an important excuse. Our club justified the contract with a serious breach of Andre Poko’s contract.

Our professional footballer, Andre Poko, has repeatedly seriously breached his contract, ensuring uninterrupted and unjustified late participation in the camps since signing the contract with our club. After arriving at the start of the season with a 3-week delay, he was invited to the Gabon national team and did not return from the country he went to without valid excuse.

Our club justified the termination of Andre Poko’s contract with a serious breach of his contract.

We present the public and our community.

He fired like a missile! The crocodile was eating lunch, but …

6 people are positive in Göztepe