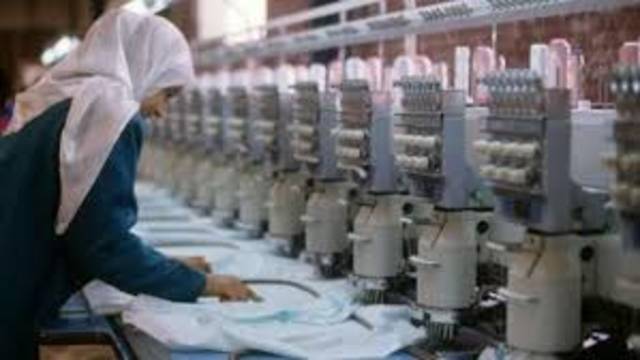 Cairo – Mubasher: Data from the October survey indicate a deterioration in the private condition of the non-oil sector in Egypt for the second month in a row. This followed a slight decline in production and new orders, although the rate of decline was weaker than in September. At the same time, product prices have increased at the slowest pace for eight months, partly reflecting the fall in production inflation.

The NBI PMI for Egypt index, a seasonally adjusted composite index, providing a thorough overview of operating conditions in the private non-fuel sector, fell slightly from 48.7 points in September to 48.6 points during the month of October. The recent reading indicated a slightly faster but moderate deterioration of the commercial situation in the Egyptian private sector outside the oil sector.

Similarly, economic activity was contracted in October in the private sector outside the oil sector in Egypt. This is the second month in a row when production has dropped, and companies participating in reports report that the market has no demand.

As a result, the employment level fell in October. The unemployment rate was the fastest since March and partly resulted from the departure of many employees seeking new jobs. At the same time, the size of unfinished business increased for the fourth consecutive month, though marginally.

On the price side, companies have raised prices of their products and services at the slowest pace for ten months. This was related to lower inflation of input prices, although much was pointed to the rising costs of raw materials, gasoline prices and wages.

Despite the decline in production, the companies increased their purchasing activity in October. This followed a slight decline in September. However, the low level of production and demand also led to an increase in the supply of inputs. At the same time, the delivery time for suppliers fell for the first time in seven months.

The level of business activity in the non-oil-related Egyptian private sector fell for the second month in a row in October. The rate of deflation has not changed significantly since September and remained moderate. In the case of a company's decline, they emphasized the low demand for goods and services due to difficult economic conditions.

The number of new orders fell for the second month in a row in October, although at a slower pace than in September. Approximately 18% of committee members recorded a decrease in the volume of new transactions, which was related to weak demand in the market. However, the deflation rate was lower than the average recorded in the history of the series.

The foreign demand indicator deteriorated in October, which was indicated by the seasonally adjusted new demand index for exports, which was lower than the neutral level (50.0 points). However, the deflation rate was marginal and weaker than in September. Companies with a drop in export sales generally attributed to difficult economic conditions on international markets.

The seasonally adjusted index showed that arrears in unprofitable private sector companies in Egypt rose again in October. This is the fourth consecutive month of expansion, although the increase was the slowest in the series and was only small. The increase in unfinished transactions was strong despite the drop in the number of new orders.

Delivery dates of the supplier

Supplier delivery times fell for the first time in seven months in October, in line with the seasonally adjusted index. This ends with the recent trend of deterioration in supplier performance in the private sector of oil producers in Egypt. Although the average delivery rate improved slightly, it was the fastest since September 2017.

Data for October indicate a further reduction in the number of employees in the non-domestic sector of the Egyptian private sector after the level of employment remained unchanged in September. The decline in the number of employees was the strongest since March, although it was marginal. Participating companies indicated that employees left their jobs in search of new employment opportunities, while others pointed to a high pension rate.

The prices of non-oil-related private producers in Egypt increased at a moderate pace in October. It was the weakest inflation rate for products and services in ten months. About 5% of the surveyed companies increased their prices in the last period of the survey, while many of them stressed the increase in production and expenditure costs.

Inflation in total production prices fell for the third month in a row in October. The reading was the lowest since May, although it remained well above the neutral level (50.0 points). The decrease in the overall cost burden was accompanied by lower increases in both orders and personnel costs. Four fifths of the companies indicated no changes in employment costs.

October data point to another strong increase in the cost of purchases in the Egyptian private sector outside the oil sector. Although the growth rate was the weakest in four months, it remained entirely harsh. According to the members of the Commission, many factors influenced the increase in prices, including rising costs of raw materials, electricity bills, gasoline prices and unfavorable prices for the US dollar.

Average employment costs have increased steeply for private sector companies outside of the oil sector in Egypt in October. The wage inflation index has fallen slightly since September and was the weakest since June. Some companies have associated this with high maintenance costs. However, 98% of companies did not notice changes in employee remuneration rates.

I buy a size

The seasonally adjusted volume index showed an increase in purchasing activity in the private sector in the non-fuel sector in Egypt in October, after a sharp decline in September. Although the rate of expansion was small, it was the strongest in five months. About 15% of companies increased purchases of means of production, compared to 13% who registered a decrease.

Due to the increase in purchasing activity in October, Egyptian companies recorded the first increase in production inventories since November 2017. However, the accumulated level of inventories was marginal. Less than 4% of companies increased stock of raw materials and semi-finished products, while the vast majority of companies (94%) did not notice any changes compared to the previous month.

Continuing what was recorded throughout the history of the series, private oil producers were confident that production would increase over the next 12 months in October. The level of optimism has not changed much since September, well above the neutral level (50.0 points). Of the 33% of companies that were optimistic, some hoped that new contracts and increased investments would improve business levels in the next year.