World AIDS Day: “I felt my blood and semen were toxic and that I was a threat to others.” 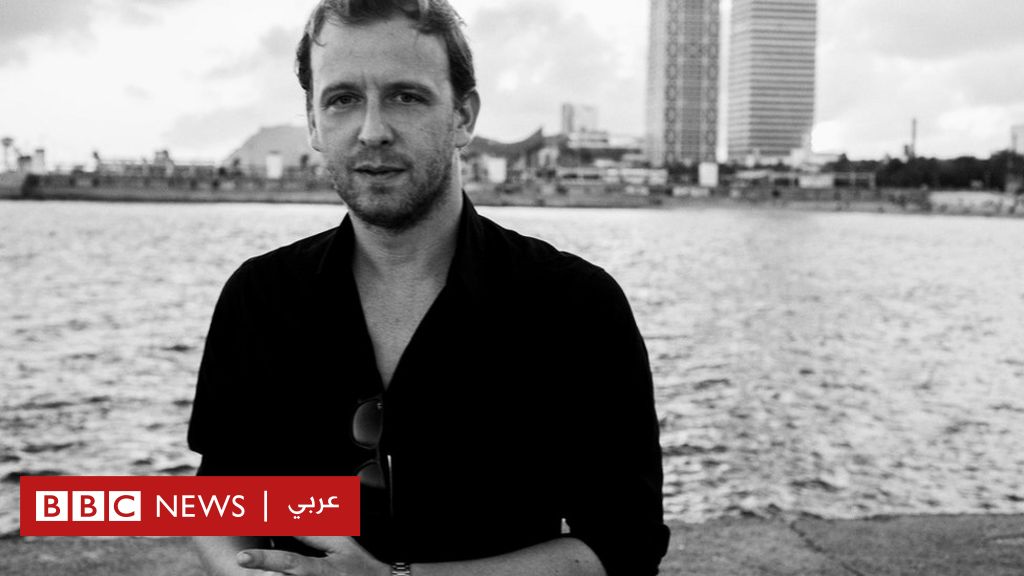 “As a Western European gay and white, I would never have thought that my test (HIV test) would be positive.”

It was Christopher Klettermayr – also known as Philip Spiegel – a 38-year-old Austrian citizen who discovered he was infected with HIV in 2014.

It was a day he still remembered as if it had happened yesterday.

His discovery did not take place in Austria, but in India, where he was assigned to a photojournalist and planned to go to the local Hindu temple.

The condition for admission was to undergo an HIV test.

Christopher told the BBC. – I definitely agreed. As I am white and not gay, I expected the result to be negative.

HIV infection was what he meant with gay people, drug injectors, or African countries.

Christopher had felt very sick a few months earlier in Austria, but no one had ever thought it was caused by HIV.

“No doctor examined me because I was not one of the most vulnerable groups,” explains Christopher. “I was diagnosed by accident in India and it was shocking.”

“I was lucky to have been able to spend years without the test,” he says.

Christopher tells his story in connection with World AIDS Day, next year’s attention is focused on the next epidemic.

The United Nations has warned that Covid 19 is threatening progress in the fight against HIV, increasing existing disparities in access to treatment.

Because 690,000 people died in 2019 due to AIDS-related diseases. The United Nations AIDS Program says the number could increase by 120,000 to 300,000 people as Covid 19 impacted the effectiveness of treatment.

“Although we have made remarkable progress in the last 40 years, we must keep working because if we do not, we will lose the benefits,” Birgit Poniatowski, executive director of the International AIDS Society told the BBC.

It says that HIV severely affects developing countries, but the idea that certain groups are more susceptible to infection is “a misconception”.

She adds: “One thing that has become clear after forty years of the HIV epidemic is that the disease is not discriminatory. In any country, at any age, ethnicity, type, profession, religion and sexual orientation, people live with the virus. “

Unprotected sexual intercourse remains an important form of disease transmission, and the main form of the disease is spreading, for example, in South Africa, which is a country severely affected by HIV.

“Dangerous sexual intercourse is not the only way to get HIV,” says Dr. Poniatowski. “The sharing or re-use of syringes accounts for 10% of the cases worldwide.”

“At first, I was terrified and overwhelmed by many questions about what HIV meant,” says Christopher.

Christopher believes that HIV diagnosis can be a problem, especially for non-gays, because of ideas about masculinity.

He says, “Many non-gays do not disclose their infection because they fear they will be perceived as gays or drug addicts.”

Christopher was very concerned about being perceived or treated differently, so he chose the pseudonym Philip Spiegel to be able to talk about HIV and take part in press interviews.

But as time passed, as he became more comfortable in his reality, he abandoned the “specter”.

“The more I challenge myself and question my perceptions of sexuality and masculinity, the less importance I attach to this issue,” says Christopher.

“I got to the point where I said to myself, okay, it’s not the end of the world,” he adds.

While there is no cure for HIV yet, current virus suppression therapies enable most infected people to live long and healthy lives.

Dr. Poniatowski says that people who have suppressed the virus to the point where it becomes undetectable cannot pass it on to someone else, even through sex.

And he adds, “If you’re treated with antiretroviral drugs and it works well, you won’t be a carrier of the infection to anyone else.”

As soon as he began to be treated, Christopher noticed a positive effect on his body. However, it took years for him to change his psychological sensations.

Things like dating has become “almost impossible because HIV is destroying your confidence.”

She says, “For a while I felt something strange about me. I felt toxic that my blood and semen were poisonous. I felt that I was a threat to others, especially those I wanted to get close to, such as my relatives. “

Eventually, Christopher decided to use the “advantage of living in a country where HIV is not a problem” to inform and inspire others.

Christopher says the scariest thing about living with HIV is that you never expect people to react when you tell them you’re infected.

“It’s like a lottery,” he says, adding that he has seen different reactions.

He added: “One of the positive experiences was when I asked a girl: What would you do if I told you I have HIV? Then she smiled and said it would make things more interesting. “

He added: “But the others also asked right away: can I catch him kissing?”

HIV is transmitted through the blood and cannot be passed from person to person by spitting, sneezing, coughing, kissing, or normal social contact.

For Christopher, falling in love was an important part of overcoming his fear of stigma.

He explained: “I have seen how (his sweetheart) deals with me and how there is no problem with the virus. It was limited to taking a pill a day. ‘

According to Christopher, one of the “misconceptions” is that HIV “dominates” the lives of people with HIV.

“There have been times when my family and friends have completely forgotten that I have the virus because it’s not a problem.”

“I’m happier now than I was before I got infected with the virus.”

Christopher says his experience has given him an opportunity to reflect on his life and put things into perspective.

“I’m living more now. I live happier than I was before I contracted HIV, ”he says.

This experience also brought him artistic talent and gave him the purpose of writing a book about living with HIV.

Christopher avoids advising people to declare an infection or not.

“The councils vary by country, region and even the family I grew up in,” he says. “I know people whose families have disowned them after testing positive for the virus.”

However, he adds, “it makes no sense to feel guilty or ashamed of contracting the virus.”

“Do not rush. Be patient, accept the infection, but don’t give HIV more room in your life than it should, and don’t let it decide. The choice is yours”.

And Christopher has one final piece of advice: “You need to know all about disease. Knowledge dispels fear. “