"Betis" grabbed a draw in the match against Celta, scoring the goal in the end 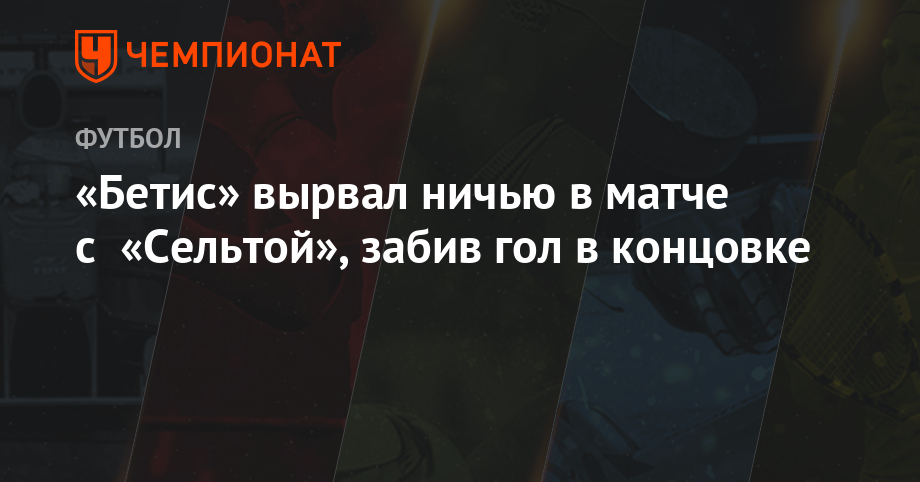 "Betis" grabbed a draw in the match against Celta, scoring the goal in the end

In the match of the 11th round of the championship of Spain "Betis" took his field "Seltu". The meeting took place at the Benito Villamarin stadium and ended with the score 3: 3.

During the match, the hosts ran 2-0 and then lost 2: 3, but they managed to get a draw thanks to the goal at the end. Lorenzo Moron, Ector Firpo and Sergio Canales scored goals for the hosts. For guests, double was designed by Maximiliano Gomez, and Bryce Mendez scored one more goal. So "Betis" extended the series to four games without victories, for example (one draw, three defeats).