Former participant of the show "Bachelor" Dmitry Cherkasov was with his pregnant wife at the Viva party! 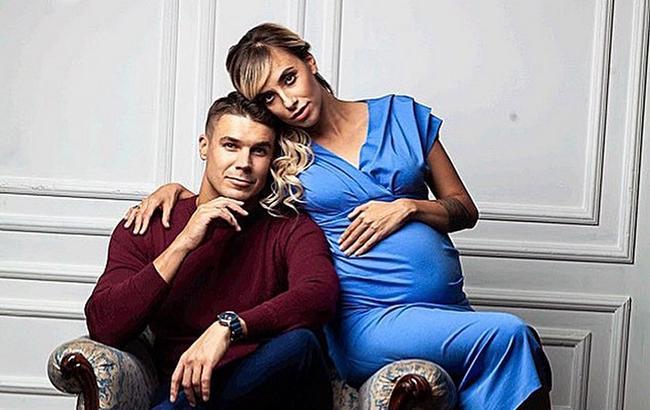 The couple expects a son

Participant of the seventh season of the popular Ukrainian show "The Bachelor", athlete Dmitry Cherkasov, who unexpectedly for many married on September 22, appeared for the first time with his wife Alexander.

Dmitry appeared with his pregnant wife at the ball of the Viva magazine! and became the subject of the attention of journalists and guests. TV presenter Katya Osadchaya shared a snapshot with a pair on Instagram Svitskaya Zhitty's account.

The wife of a 31-year-old swimmer in a long silver dress showed a rounded belly. Cherkasov chose dark blue trousers and a stylish jacket for publication.

The couple no longer conceals the sex of the child – Dmitry Cherkasov and his wife Alexander will give birth to a boy whom they intend to call Marek.

It is known that Alexander also summons the eldest son Timothy from a previous relationship.

Recall that the STB channel began shooting the ninth season of the romantic reality TV "Bach". The main protagonist was the popular presenter of the M1 channel and the radio station "Russian Radio Ukraine", the editor-in-chief of the XXL men's magazine (Ukraine), Nikita Dobrynin.

Attention, earlier, the hero of the seventh season of the series "Bachelor", 31-year-old sports swimming champion Dmitry Cherkasov revealed the secret of his personal life and said what the child expects. It turns out that after the project Cherkasov did not maintain relations with Lida Nemchenko, because the couple had different life interests and did not want to torment one another. Aleksandra's future wife conquered the former bachelor with not only his unusual appearance, but also a deep inner world, attitude towards life.

We also wrote that Todorenko told how Topalov submitted her offer.