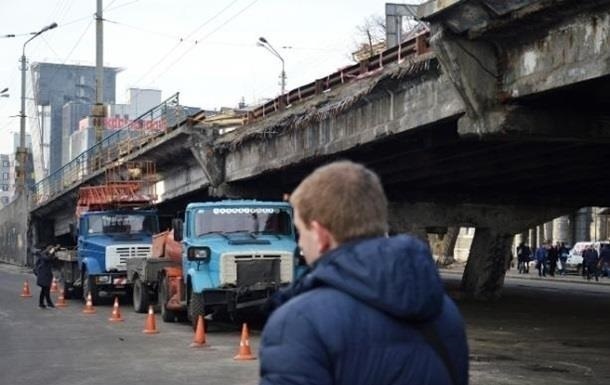 The Shuliavsky bridge collapsed in February 2017

At the moment, work is underway to reassemble engineering networks on the Shulyavsky bridge.

Demolition of the viaduct in Kiev will start on December 15. Then it will be closed to cars. Reports on this topic Today regarding the city of Kyiv city administration on Tuesday, November 6.

It should be noted that at the moment, works on the re-engineering of engineering networks are underway on the bridge.

Earlier, it was reported that the viaduct in Shulyavsky was destroyed on November 3-4. This was stated by the chief engineer KP Directorate for the construction of roads and means of transport in Kiev, Alexander Zdolnik. Work on the construction of a new node will last about a year and a half.

It was also known that at the beginning of August, the construction of the Shuliavsky bridge began to take off.

Messages from Correspondent.net in a telegram. Subscribe to our channel https://t.me/korrespondentnet