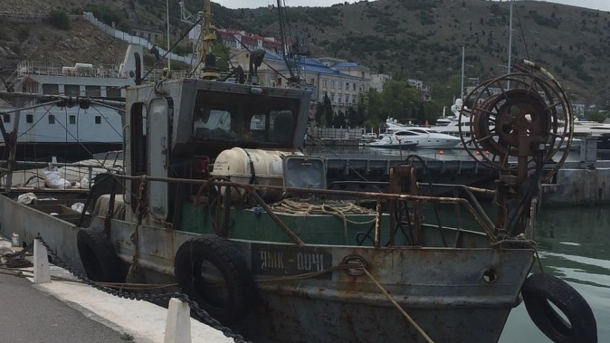 Three Ukrainian sailors from the "YAMK-0041" ship were released from SIZO from Simferopol, changed the detention rate from detention to resignation not to leave. That was what was called. "Crime Commissioner for Human Rights" Lyudmila Lubina.

We talk about the ship's captain, Viktor Novitsky and two other sailors. On the other day, sailors changed, but the ship commanders did not get in – the ship's "Nord" captain would remain in the area of ​​free Ukraine.

"The captain and the two sailors were exempted from the SIZO after the ombudsmen called for the investigating authorities and was also dealt with by the Nina Karpacheva European Ombudsman Institute with a view to facilitating" Captain Nord "Captain Vladimir Gorbenko", – said Lubina, adding that talks on the exchange will resume.

Call back, October 30 Moscow sold seven Ukrainian Russian sailors. Twenty Ukrainian sailors from the YAMK-0041 ship, held by Russian border guards for the alleged illegal fishing, returned to their home country. In return, the Ukrainian side was handed over to Russia, nine of whom were involved in the North Tunnel, accused of having violated the entry and exit procedure of the Crimea's temporarily occupied territory.

But in Ukrainian The ombudsman Lyudmila Denisova called the name of the liberated Ukrainian seamen. He also noted that this can not be replaced because the Ukrainians have been seized in the Crimea area and the North Sea sailors are free to move.

The news is now "The detained Ukrainian seamen have been released from Crimean prison." Other recent news from Ukraine, see block "Latest News"