Mazepin: My job in 2021 is to stay ahead of my partner 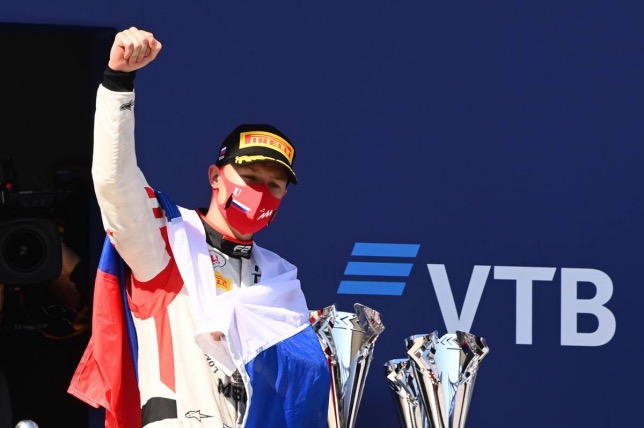 Nikita Mazepin signed a multi-year contract with Haas F1 and made it clear by commenting on the event that he is not afraid of the difficulties faced by the American team and sees his task for another year ahead of his partner, whoever he is.

Q: When did you find out that you will be driving the Haas F1 in 2021?
Nikita Mazepin: Honestly, the work on the contract ended quite recently, only recently. I look forward to working with the team because of course the transition to Formula 1 is great, no matter how fast Haas is.

Since I am a young driver in my opinion, it is not so important at this stage of my career whether the car is good or not. Of course, I realize the team is having a tough season, but now my focus is on preparing for Formula 1 because it’s very different from what I’m used to. In particular, the season calendar has almost twice as many races as in F2. Generally, I have difficult tasks …

Q: You only achieved success in Formula 2 in your second year in the series. In Formula 1, will you take the same approach and use the next year to gain experience over time to try to accelerate into 2022 when, hopefully, Haas will have a more competitive car?
Nikita Mazepin: I must admit that I did not intend to perform this way in my rookie season, because the goal of every rider is to show the maximum possible results, but unfortunately not everything and it does not always go as you want.

Moreover, racing is a sport in which success does not depend on one person. Perhaps the reason why good results came a little later is the fact that so far in my career I have never been in a situation where all the factors add up as needed to be able to perform at a high level from the very beginning . level. It’s about my preparation, team work and approach to car setup.

That’s why it took me a while. But hopefully the transition to Formula 1 will be different.

Q: Gunther Steiner has said honestly that next year you will mainly have to prepare for 2022. How much will it help you not to be under so much pressure in the first season?
Nikita Mazepin: I think when you go to Formula 1 you only get one chance. I never thought about how things would turn out for me. When the opportunity arose, we decided to take it. Regardless of what Gunther Steiner says, I’d say my job, as always, is to get ahead of my partner and show everything I am capable of.

That’s why I still feel the pressure. I believe that I am ready for Formula 1 and above all I want to prove it to the team.

Question: You have a good relationship with Stoffel Vandorn: how useful was communication with him for you?
Nikita Mazepin: Extremely helpful. I’ve known him for years and consider him one of the best riders of his generation.

Q: It’s no secret that your partner will be the next rookie next year, but maybe you’d like it to be a more experienced pro like Stoffel?
Nikita Mazepin: I’d like to answer somehow, but I have no idea what decision the team will make about the second car.

Q: Who was your favorite Formula 1 driver when you were younger?
Nikita Mazepin: Honestly, I have always had great respect for Michael Schumacher. My father gave me my first helmet and it was a replica of Schumacher’s helmet. But this is in childhood, and when I turned 12 and became more seriously involved in racing, I stopped looking closely at anyone except those riders who are doing well this season or in the championship I am competing in. …

Question What number will you operate in Formula 1?
Nikita Mazepin: I was born in 1999 and I have tried to use 99 at all stages of my career whenever possible. I would like to be given this number, but I understand it is impossible because Antonio Giovinazzi is under it. Therefore, I will think about possible options in the near future.