Home / unitedkingdom / A sweet idea that created a $ 40 million business

A sweet idea that created a $ 40 million business 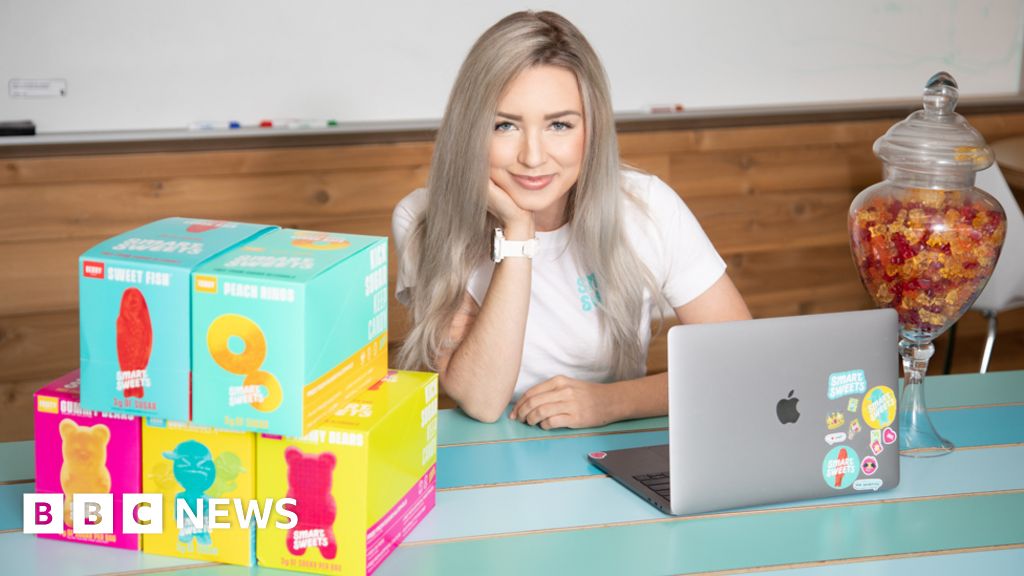 The weekly BBC The Boss series profiles various business leaders from around the world. This week, we're talking to Tara Bosch, the founder and CEO of Smart Sweets, a low sugar sweets company.

Tara Bosch describes herself as being "addicted to sugar".

"I would be a person between the ages of 7 and 11 every day, buying candy for pennies," says the 25-year-old. "But with age I realized how much sugar affects my body image, my self-esteem and how I feel about myself."

Four years ago, fed up of how unhappy and unhealthy she felt, Tara stopped eating sugar. She says she felt much better very quickly, but longing for sweets, she decided to try her own alternative sugar supplements in her kitchen in Vancouver, Canada.

Testing the recipes in the summer of 2015, she described it as "going on an expedition." After all, she was so pleased with her results that she thought there might be a business opportunity.

This fall, she decided to make a leap of faith and put it to the test. Tara abandoned her third year of artistic studies at the University of British Columbia so that she could start producing the product.

At the age of 21, she had a limited credit history and her only advantage was a six-year-old Honda car. Armed with samples and confidence, she managed to raise $ 105,000.

Today, its Vancouver-based Smart Sweets is on track to see its revenues in 2019 exceed 50 million CA (40 million USD; 30 million GBP). His product range is a market leader in the rapidly growing low sugar confectionery sector in Canada and the United States.

"This year, we're helping people dig over a billion grams of sugar," he says.

To secure the initial investment, Tara had to write an intense business plan with detailed growth forecasts for two years. And slightly worrying she had to take out life insurance. "One of the conditions of the parties involved was life insurance and they had to be beneficiaries," he says.

With a secured fund, Tara was looking for potential suppliers and manufacturers on the Internet and worked on finalizing her laws.

"It soon became a trial and error to take every single iteration that did not work, apply the new hypothesis, and then test it again." she says.

Tara decided to use vegetable fibers and a natural sweetener stevia to imitate the taste and texture of traditional sweetened sweets.

Then, to secure her first customers, she used a mix of emails, telephoning, appearing in person and, as she says, "connecting." The first seller to register was Vancouver Choices Market, and Tara remembers that she was extremely nervous before the first meeting.

"I called stubbornly and sent emails until they finally said" stop ", he says. "And when I left the front, I was so nervous that I drove away.

"Then I came back, I had a meeting and they became the first sellers who took the opportunity to use Smart Sweets."

Shortly afterwards, several other small Canadian networks appeared. "As I said, it's about perseverance," he says. "I was sending emails and showing up until the company said 'yes' to the conversation and then took advantage of the success."

Tara secured its first US clients in 2018, and the United States now accounts for 80% of Smart Sweets sales. Confectionery is also produced in the USA through contract suppliers.

Scott Semel, an American entrepreneur and food strategist, says he is impressed by Tara's "passion".

"The annual revenue of 50 million CA is very successful," says Semel, who sold his best-selling Bark Thins confectionery brand to the American giant Hershey in 2016.

"Reaching $ 5 million is not easy, and confectionery is dominated by several large players. I think it is even more impressive to make 50 million CA in 2019. There is a time frame in which it achieved it.

"Tara is perfectly at the market … thinking far into the future."

Now with 47 employees, Tara plans to start exporting Smart Sweets outside North America. He says that the company's success is the result of hard work and determination.

"For me, growing up, I wasn't so smart or athletic," he says. "I didn't really have any talents, but I always had an innate sense of urgency, resourcefulness and the ability to do something if I decided it would happen.

"Smart Sweets for the first time realized the power of these three things together."