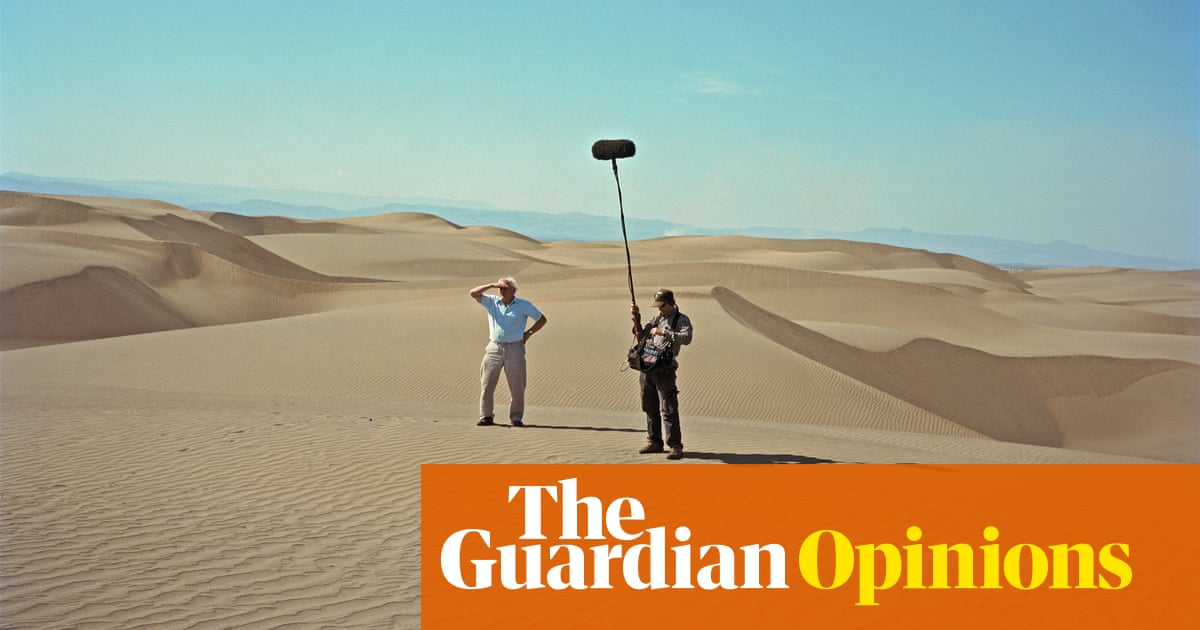 Kcurrently creating a false impression of the world: this is a serious matter. Even more seriously when the BBC does it, and even worse when the presenter is "the most trusted man in Britain". However, as revealed by his latest interview with Observer, David Attenborough sticks to a line that fully represents environmental issues is "turned off".

His new series, Dynasties, mentions the pressure on wildlife, but Attenborough clearly shows that he will play it. Otherwise, as he suggests, it would be "conversion" and "alarmism". His series will be "a great relief because of the political landscape that otherwise dominates our thoughts." In the light of the amazing speed of animal population collapse that he has, along with most other living systems in the world – and when broadcasting as a whole shamefully did not represent such truths – I do not think that escapism is appropriate or justified.

It is not proselytic or alarmist to tell us the harsh truth about what is happening to the world, although it may not disturb us. I also do not believe that discovering the wonders of nature automatically translates into environmental activities, according to the Dynasty executive producer. I came to the conclusion that this may have the opposite effect.

For many years, filming wild nature was a pristine living world. It created an impression of security and abundance, even in places affected by ecological cascades. Webcams are calming us that there are vast areas of wildlife in which nature thrives. They are self-satisfied, not action.

You can not do something like this passively. The natural movie animators I know tell me that the effort to present what looks like an intact ecosystem is getting more and more difficult every year. They must choose their camera angles even more carefully to exclude evidence of destruction, travel further to find the edenes they represent. They know – and many of them feel deeply uncomfortable – that they tell a false story, creating a fairy-tale world that convinces us all, is good, amid the existential crisis. While many people, largely thanks to David Attenborough, are now fairly well informed about wild nature, we are amazingly unaware of what is happening to her.

What makes Attenborough's comments particularly strange is the fact that they appeared just a year after the last episode of the Blue Planet II series, which caused a huge effort to reduce plastic contamination. Although the program was a complete breakfast for the dog, the answer showed a huge public appetite for information about the environmental crisis and an urgent need to act in this direction.

Since 1985, when I worked in the department that carried out most of his programs, I pressed the BBC to reveal environmental realities, often with disastrous results. In 1995, I spent a few months with the producer, developing a novel and an ingenious offer of an ecological series. The producer returned from the meeting with the channel controller in a state of shock. "He just looked at the title and asked:" Is this environment? "I said" yes. "He said," I spent two years trying to free the environment from this fucking channel. Why the fuck, you bring me the environment? "

Later, I discovered that this answer was typical. The controllers were not indifferent. They were actively hostile. If you ask me whether the BBC or ExxonMobil have done more to thwart environmental activities in this country, I would say to the BBC.

We all knew that only one person could break this barrier. For decades, David Attenborough, a former channel controller, widely perceived as a living BBC player, has been able to implement any program he wants. So where, we asked, right? Finally, in 2000, he introduced the environmental series: State of the Planet.

It was an interesting and worth seeing series, but there was nothing left to do and nothing we could do. It was only in the last few seconds of the last episode that there was a clue that the structural forces could be in the game: "Real success can only happen if there are changes in our societies, our economy and our policies." But what change? What economics? What policy? He did not give us any hints.

To make matters worse, he was squeezed between further programs relating to the wonders of nature that created a strong impression of the sound health of the planets. He could describe two different worlds. Six years later he created the next environmental series, The Truth About Climate Change. And that, in my opinion, was a total disaster.

He did not tell us anything about the driving forces behind the collapse of the climate. The only mention of fossil fuel companies was part of this solution: "People who extract fossil fuels such as oil and natural gas have invented a way to release carbon dioxide back into the earth." In addition to the general "we", the only separate force identified as responsible is "1.3 billion Chinese." The fact that a significant part of Chinese emissions comes from the production of goods, Western shopping has not been mentioned. The series immediately sparked a new form of climate refusal: I was bombarded with people saying that there is no point in taking action in the UK because the Chinese were killing the planet.

If Attenborough's ecologism has a coherent theme, he carries the blame of powerful forces on the general public or on the poor and weak. Sometimes it becomes quite dark. In 2013, he said "Telegraph": "What is this hunger in Ethiopia, what are they going for, too many for too little land … We say that the United Nations would send them sacks with flour.

There was no famine in Ethiopia for 28 years, and the last one was not caused by absolute food shortage, but by civil war and government policy. His suggestion that relief in the form of food is counterproductive, suggests that he has not read anything about it since the Thomas Malthus essay in 1798. But, cruel and unconscious, like these comments, they were more or less free of cost. In contrast, you do not remain a national treasure, violating strong, acquired interests: try to look at wildlife, and environmental writer, Chris Packham, attracts you to fight the hunting lobby.

I have always been delighted with Attenborough's wildlife programs, but I am amazed at the consistent lack of cohesive, real and effective defense of the living world that she loves. His revelation of the miracles of nature was a great public service. But I think that stopping the knowledge we need to protect her is a serious injury.

• George Monbiot is a Guardian columnist