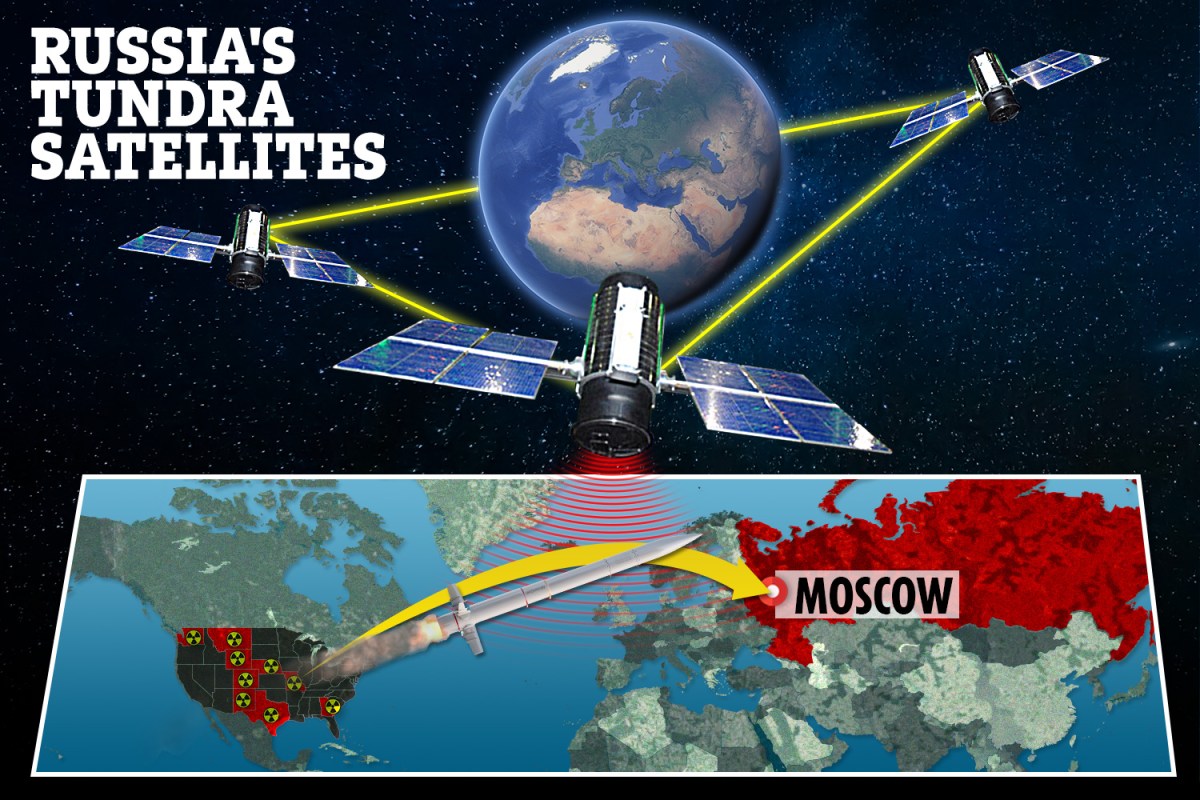 RUSSIA has launched another of its secretive spy satellites designed to silently track nukes fired from the US.

Hurled into orbit from a launchpad in northeast Russia, the probe can detect long-range missiles the moment they launch and record their progress across the sky.

It's the third such satellite to be deployed by Russia since 2015 as part of plans to build a network of warhead-tracking space tech.

The satellite sailed beyond our atmosphere atop a Soyuz rocket launched from Russia's Plesetsk Cosmodrome on Thursday.

A statement from the Russian Defense Ministry did not identify the top-secret payload.

However, information about the mission's trajectory released in warning notices to pilots and mariners suggested the satellite was likely the third Tundra missile warning satellite for the Russian military, reports SpaceFlightNow.

Little is known about the Tundra satellite system, as Moscow keeps it tightly under wraps.

It forms a key part of its military's defense tech, and replaces an older missile detection system known as Oko, which Russia inherited from the Soviet Union.

Each satellite carries infrared telescopes that detect and track heat sources that could be missiles.

Both tools are far better at tracking the flight paths of missiles than ground-based radar systems.

This is especially handy to officials as they scramble to figure out what a weapon's target is.

According to RKK Energia, the Russian companies that builds Tundras, each satellite can detect targets up to 600 miles above Earth's surface.

Terrifying space weapons of the future

Here are three of the scariest …

A fire on Earth could be picked out in 25 seconds, according to the company.

The first two Tundra satellites were launched in November 2015 and May 2017. It's believed Russia will launch as many as 80 in total.

Mysterious giant planet 'that should not exist' found by baffled astronomers

Race to decode 4,000-year-old carvings in Scottish cave 'before they vanish'

Amazing SIM deal gets you unlimited data, calls and texts for under £ 19 a month

In other news, a horror simulation released last week showed how nuclear war between the US and Russia would kill 34million people within 45 minutes.

Such a war would would blot out the Sun for a decade, according to experts who last month envisioned the apocalyptic aftermath of World War 3.

And while we're on the theme of apocalypse, here's all the enormous doomsday asteroids Nasa thinks might crash into Earth.

Are you worried about nuclear war? Let us know in the comments!

We pay for your stories! Do you have a story for The Sun Online Tech & Science team? Email us at tech@the-sun.co.uk