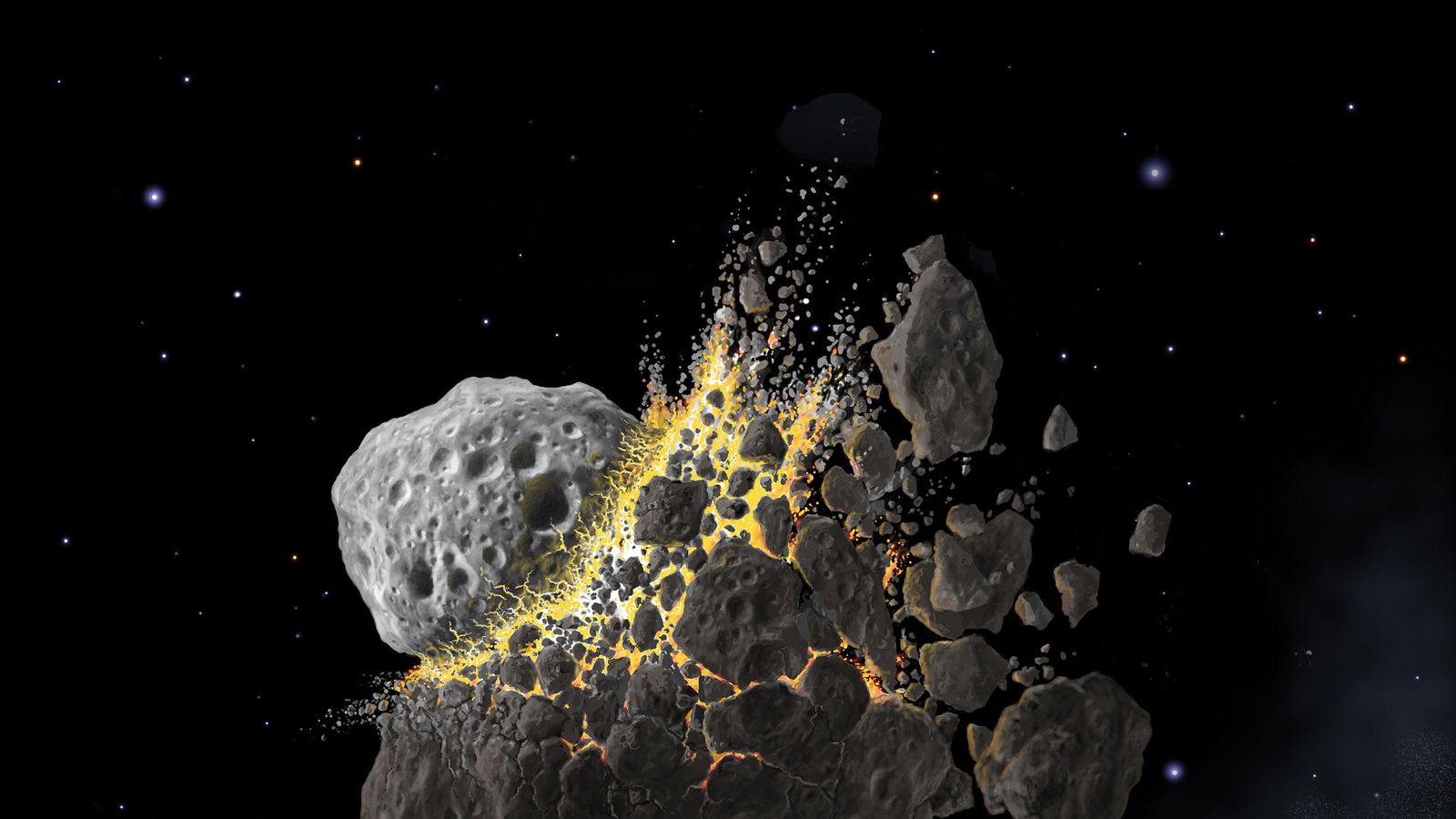 A massive collision with the asteroid 470 million years ago could provide clues on how to stop global warming.

The disaster in the asteroid belt between Mars and Jupiter caused an ice age on Earth and paved the way for new species to evolve.

Scientists already knew about the Ice Age, but they did not know the cause.

They investigated traces of cosmic dust in rocks of 466 million years from fossils in Sweden, looking for the type of helium isotope often found in asteroids.

They found that a large amount of garbage thrown into the atmosphere as a result of the collision partly blocked sunlight from Earth.

Study author Philipp Heck, curator at the Field Museum in Chicago and associate professor at the University of Chicago, said: "Usually, the Earth receives about 40,000 tons of extraterrestrial materials every year.

The dust was rising toward Earth for over two million years, gradually cooling the planet and enabling the adaptation of new species.

He also divided the planet into zones – lower temperatures at the outer edges and warmer at the equator.

Scientists say the discovery, documented in the journal Science Advances, can help them discover different ways to artificially cool the planet.

Birger Schmitz, professor of geology at the University of Lund and research director, said the result was "completely unexpected."

"Over the past 25 years, we've been based on very different hypotheses about what happened," he said.

"It wasn't until we got the last helium measurements that everything started to work out."

Finding a way to cool the Earth can help prevent a major climate crisis.

Previously, scientists used computer simulations to show that asteroids can circulate the Earth in a way that allows them to create fine dust that blocks sunlight.

Schmitz said: "Our results show for the first time that such dust has sometimes dramatically cooled Earth.

"Our research can provide a more detailed empirical understanding of how it works, and this in turn can be used to assess whether model simulations are realistic."

Heck was more cautious, saying that all ideas should be looked at "very critically and very carefully, because if something goes wrong, the situation may get worse than before."