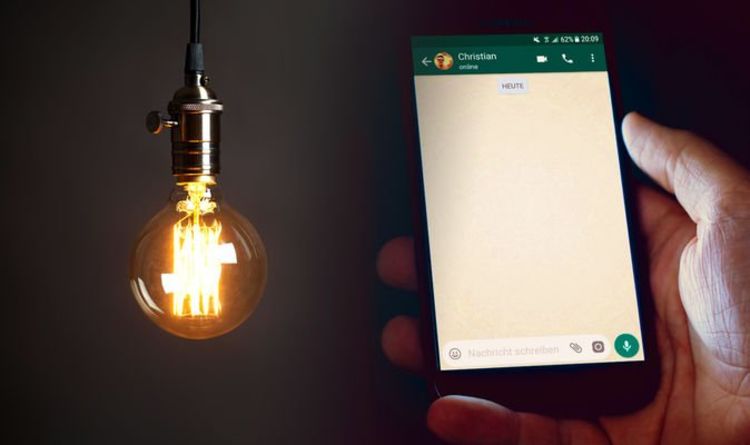 WhatsApp just took a big step towards rolling-out its long-awaited dark mode to iOS and Android users, which was introduced to both mobile operating systems in their latest updates.

It’s no secret the chat app is toiling away on a new gloomier appearance for its iPhone and Android app. In the last year or so, there have been numerous references and screenshots extracted from beta versions of WhatsApp by the clever folks over at WABetaInfo, which trawls through the code of early versions of the app to discover forthcoming features.

But there's no need for their detective skills this time around as the latest WhatsApp beta presents a dark mode option to everyone who is testing the software right now.

Unfortunately, it's not in the app itself but can be found on the preview widget on Android, as first spotted by tech blog Windowsunited. If you're unfamiliar, this preview panel sits on the home screen and offers a glanceable way to see a list of your the unread messages waiting for you within the app. It's designed to save you dragging down the notification shade to check through your unread messages, as well as a helpful reminder if you've forgotten to reply to someone – something the small red dot on the app icon might not quite manage.

And now, if you're running Android 10 with the system-wide dark mode enabled, you'll see the WhatsApp widget change to reflect the look. Yes, for the first time WhatsApp won’t be a bright white eyesore in the middle of your dark mode experience. Well, until you launch the app and are confronted with the hospital-like bright white lights inside.

If you're interested in getting the latest WhatsApp features before they’re widely available, it's possible for Android users to sign-up to become part of the beta scheme.

That means your app will be updated more frequently and will receive the latest features first. However, the app is likely to be a little less stable than its final counterpart, so that’s something to be aware of. If you rely on WhatsApp for your communication or work, it might be worth swerving the beta build and waiting for dark mode to drop in the stable version of the app.

The WhatsApp preview widget in the latest beta seemingly confirms a number of details we’ve learnt from the code-digging done by the brilliant WABetaInfo, who have posted screenshots unearthed from obscure code repositories on Twitter for months now. Most notably, WhatsApp dark mode isn't all that, well, dark.

Instead, the app looks like it will opt for a darker blue appearance. This will still make it easier on your eyes when using your smartphone at night. But it won’t offer the same battery life-saving benefit you get on smartphones and tablets with OLED panels when using a dark mode that opts to use pitch-black tones.

Interestingly, Facebook has already chosen to use a jet-black appearance when it introduced dark mode to Instagram earlier this month. Twitter offers a dark mode with the same deep navy shade as WhatsApp, as well as a 'Lights Out' mode that uses the deep blacks needed to boost your phone battery.

The fact WhatsApp is now rolling-out aspects of its dark mode appearance into the beta app suggests that a release date can’t be all that far away.

Express.co.uk will keep you in the loop about any dark mode developments for WhatsApp, as well as the other key apps still missing out on this feature, including Facebook.