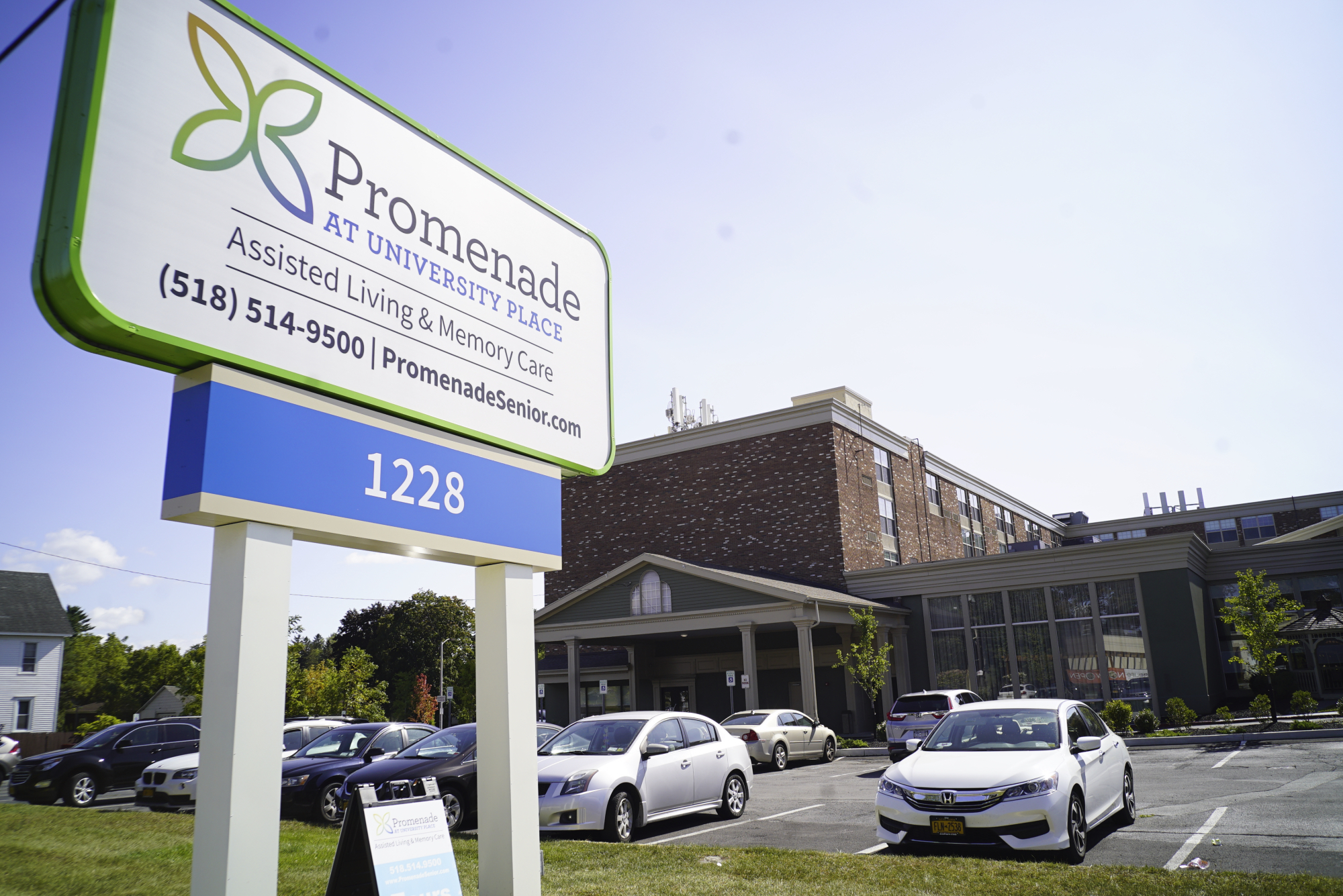 An assisted living facility in Guilderland with a history of Legionnaires ’outbreaks has been ordered not to admit new residents after state testing found legionella bacteria still present on the property.

The state Department of Health said Friday that the Promenade at University Place cannot take in new residents until three successive monthly rounds of testing show bacteria is in less than 30 percent of sampled water outlets.

Samples were taken from the facility at 1228 Western Ave. after another resident fell ill with the disease in September.

At least three residents have contracted Legionnaires' since the property opened as an assisted living facility in December 2018. Two fell ill in February, one of whom died.

As part of the state's new order, the owners must also install and maintain water filters on all the faucets, and notify residents, staff and visitors of the risk of legionella, as well as the work being done to eliminate it.

Legionella bacteria occur naturally in the environment, but grow best in warm water like the kind found in hot tubs, cooling towers, hot water tanks, large plumbing systems and decorative fountains that are not properly maintained, according to the department.

"The department continues to work closely with the Albany County Department of Health and will continue actions to monitor the situation and protect the public and residents," state health officials said.

Promenade management will have a chance to appeal the order in front of an administrative law judge Monday. Calls and emails to management late Friday were not returned over the weekend. The Promenade runs other senior living facilities downstate and is based in Rockland County.

State testing after the two residents got sick in February revealed that the legionella bacteria that had sickened the residents was the same strain responsible for a massive outbreak years earlier when the property was a Best Western hotel – this, despite an extensive renovation the new owners said they did that involved replacing water heaters, pipes and fixtures. In documents provided to the Guilderland Industrial Development Agency, the owners said they borrowed $ 32 million to renovate the former hotel.

State health investigators in March, however, said they found "a few remnants" of the old plumbing system that "could have helped contribute."

At least 23 people were sickened by legionella when the property was a Best Western. In 2012, following a spate of illness, the hotel closed for nearly two months in order to replace the water boilers and pipes, and flush the water system.

It reopened when water samples came back clear, but four more guests would go on to develop Legionnaires'.

Prior to the property opening as an assisted living facility, state-ordered tests of the water came back clear.

People are typically exposed to legionella by breathing in contaminated mist or water vapor. The bacteria gets into the lungs and causes a severe type of pneumonia. Those most at risk are individuals older than 50, current or former smokers, anyone with a chronic lung disease, or someone with a weak immune system. The disease is not contagious.