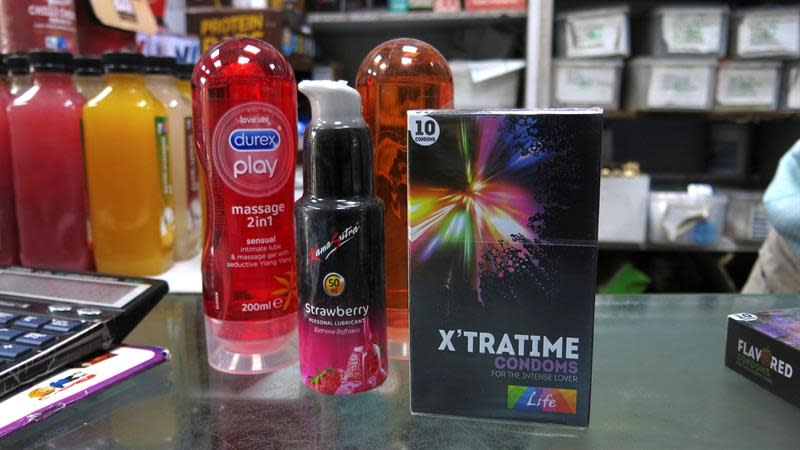 New Delhi, November 11 (EFE) .- The sale of sex toys in conservative India has been booming in recent months in the hands of several incredibly express films and the market of millions of potential buyers, whose sellers expect more growth, but limited by ambiguous obscene law.

The film "Veere Di Wedding", which tells the story of four friends at the wedding of one of them, and "Four Stories of Desire" share a common feature that both women use sex toys, and the feminist film "Lipstick under my burka" presents four women who rebel against their destiny.

"When these films appeared, people started looking for these products and how to use them, we sold about 1200 vibrators a week from the premiere of" Cuatro historias ", a good number, if we take into account that we sell between 150 and 200 a week," explains Efe , co-founder of the website selling online sex toys, IMbesharam, Raj Armani.

Armani, an Indian entrepreneur who runs his company focused on an Asian country from the United States, indicates that the demand for adult toys in the country "Kamasutry" is "one hundred times larger than the offer" and has been unexplored for years.

In 2013, his company estimated that the potential market was about $ 200 million, although since then it has confirmed "with certainty" that the market has used and transferred over $ 1,000 million.

IMbesharam is one of the online sales companies that is struggling to take over most of the Indian market, but is not the only company in the sector that looks optimistically in the future of products, from "vibrators" and vibrators to more everyday items such as preservatives and lubricants .

Samir Saraiya, founder of an Indian company selling toys for adults ThatsPersonal ("is personal" in English), and earlier was an executive director at Microsoft, currently investing 40 million potential customers.

"We believe that over the next three years, this figure will exceed 40 million because of increased access to the Internet, the use of smartphones and more people buying online," said Efe.

However, despite optimism and staying in business since 2013, Saraya realizes that selling sex toys in a country as conservative as India is not an easy task.

The main obstacle is art. 292 of the Indian Criminal Code, copied from the English constitution after independence in 1947, which prohibits the sale and distribution of obscene products.

"Unfortunately, indecency is not well defined," Saraiya concludes, so before he started sending vibrators by post, he thoroughly studied the law with his friend and co-founder.

"We understand that there are some products that can be sold in India and others that can not be sold," he explains: Realistic vibrators, dolls and vaginal items are outside the ambiguous limitations of legislation.

Why do Indians resort to buying sex toys online instead of physical stores? According to Saraiya, first of all, even in India, big cities buying condoms in a store near the house is a problem.

"I faced it myself because I did not feel comfortable buying products such as condoms, especially near my home, even when I lived in Singapore," he concludes.

"Sex shops" do not exist in the Asian country, and the only alternative in cities such as New Delhi or Mumbai is going to some markets that are known to sell these products discreetly.

Cheaper, because the products in Thatspersonal and IMbesharam are out of the reach of most Indians, but of inferior quality.

"These products have always been available for 20 years, but they are not too hygienic, they are not packed, they have not gone through customs clearance and they are bought in secret, most people would not feel comfortable buying these products." Saraiya

At the underground market "Palika Bazar", located in the central Connaught Place in the capital of India, pink vibrators and three speeds are visible in some display cases.