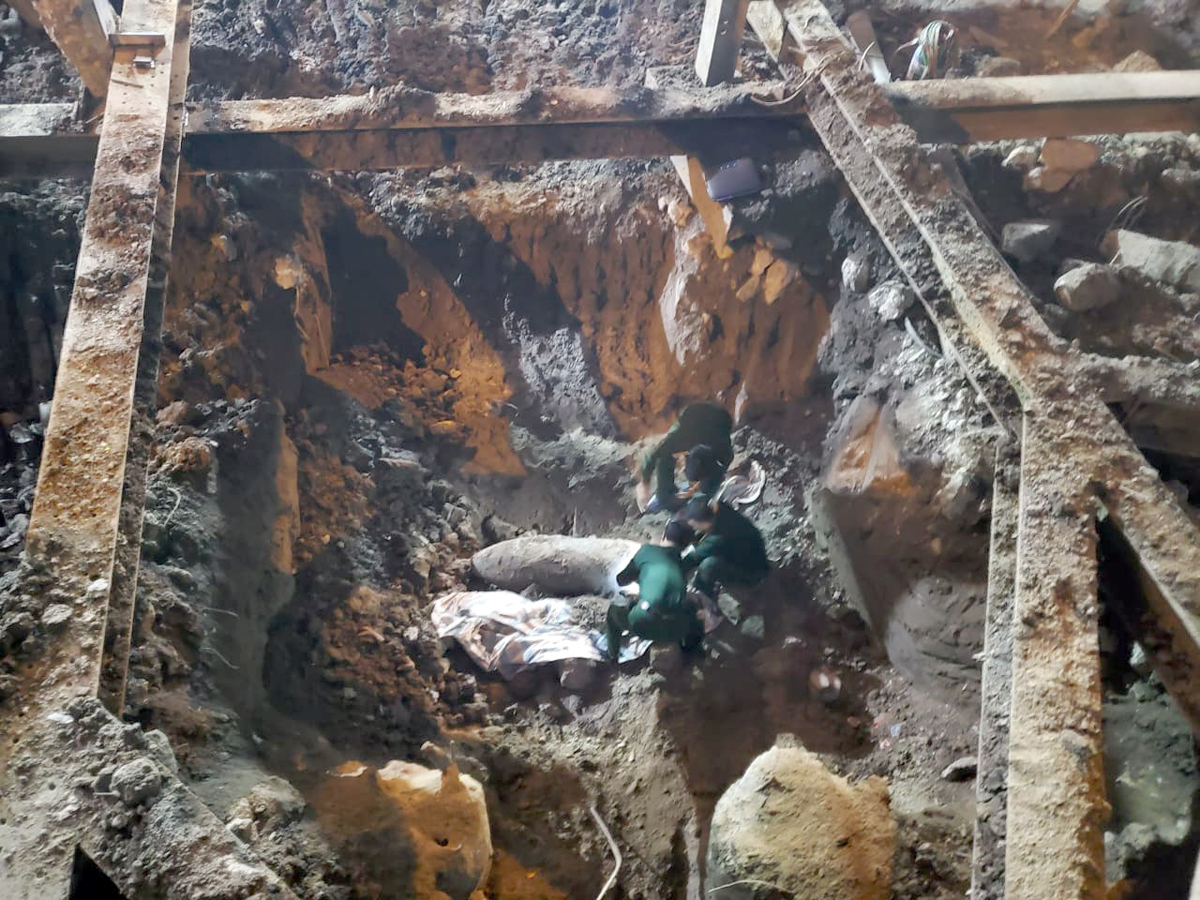 HanoiWorkers discovered a 350 kg bomb while digging the foundations for Power Transmission Company 1 headquarters in Cua Bac Street in Ba Dinh District on the evening of November 28.

The bomb is 35 cm in diameter, over 100 cm long, 2 m deep under the foundations of Power Transmission Company 1 headquarters, No. 15 Cua Bac Street, Truc Bach Phuong.

The excavator dug up and took the bomb intact from the ground, but had to stay where it was.

Truc Bach police force is using movable steel fences to block the 100m-long ends of Cua Bac Street to ban cars from moving, however pedestrians can still pass. At 9 p.m., officials from the capital command arrived to inspect and find a plan for the relocation of the bombs.

Mr. Ta Nam Chien, Chairman of the Ba Dinh District People’s Committee, said the Ministry of Defense had not ordered the relocation of households adjacent to the construction site where the bombs were found.

Earlier in June, Hanoi discovered a 1.6 meter long bomb beneath the Red River passing through the Long Bien district. After 4 days, the Capital Command sent 15 officers and soldiers to be safely saved.

During the American War, especially on December 18-30, Hanoi received 36,000 tons of bombs.