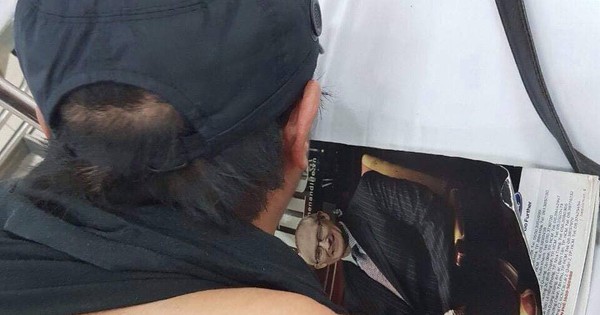 In the evening of 12-11, on the social networking site Facebook, he stimulated the lecturer from the University of Cinema Ho Chi Minh City to save a number of functional agencies attacked by the police in Can Tho City. 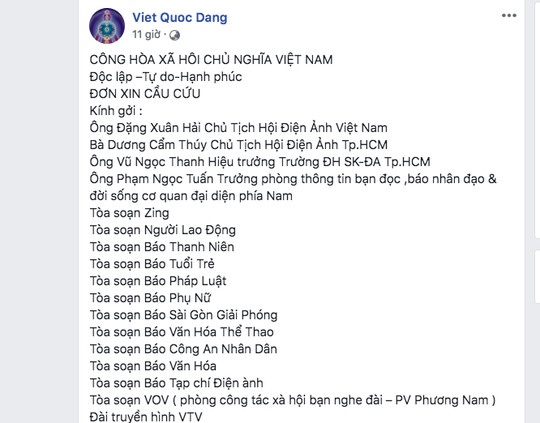 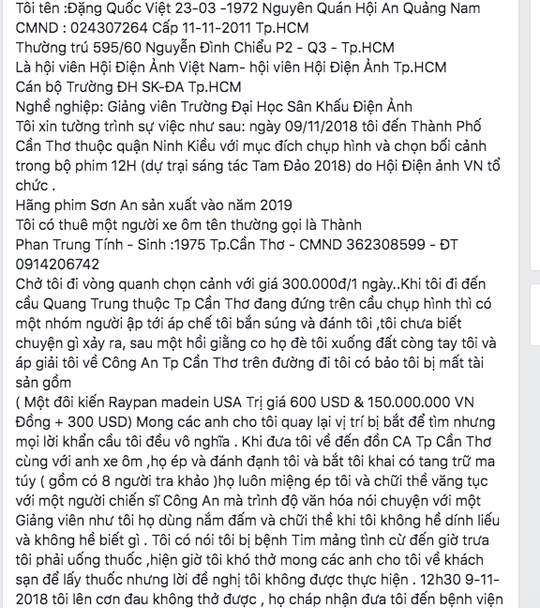 The content on Facebook is as follows: "November 9, 2018 I went to Ninh Kieu District (Can Tho City) to take pictures and choose context in the film 12H (Tam Dao 2018) I rented a taxi driver named Phan Trung who will transport me to the place with 3 million VND per day.

When I went to the Quang Trung bridge (branch Xuan Khanh), standing on the bridge, a group of people came to force me with a gun and hit me. I do not know what happened, after a long fight they pressed me to the ground with handcuffs and escorted back to the police headquarters.

Mr. Viet said he was beaten at the police, he considered having drugs. Then he said he had a heart disease and asked the police to come back to the hotel to take medicine, but the police took him to the hospital in handcuffs.

"Doctors – ultrasounds, blood tests, urine tests, film lungs cause injuries to my lungs before beating … After 22 hours of the same day, unable to find evidence, they escorted me. Police in the Xuan Khanh ward and continue to interrogate me and try once urine still negative results from drugs "- write on Facebook.

Mr. Viet said this morning 10-11, police Xuan Khanh made a record of the use of his three-part rods (his props), do not let him contact relatives, do not give him food. He had difficulty in breathing, chest pain from beating.

In the morning 13-11, according to information from Can Tho Police, what I wrote on this page on Facebook is not true.

Therefore, Mr. Phan Trung Tinh (motorcycle taxi carrying Lord Viet) has a criminal opinion on illegal drug trafficking. In 2002 he was sentenced to 8 years imprisonment and released from prison in 2010. However, he still shows signs of drug trafficking. On days 9-11, he discovered the word suspicion as a drug delivery, like running to the Quang Trung bridge, police chase.

During this time Mr. Viet is sitting in the car, Mr Viet's hand has three rods. Chase, Calculate the car so that the police bring both to work at the headquarters. By inspecting the car he charged, he has a pack of marijuana. 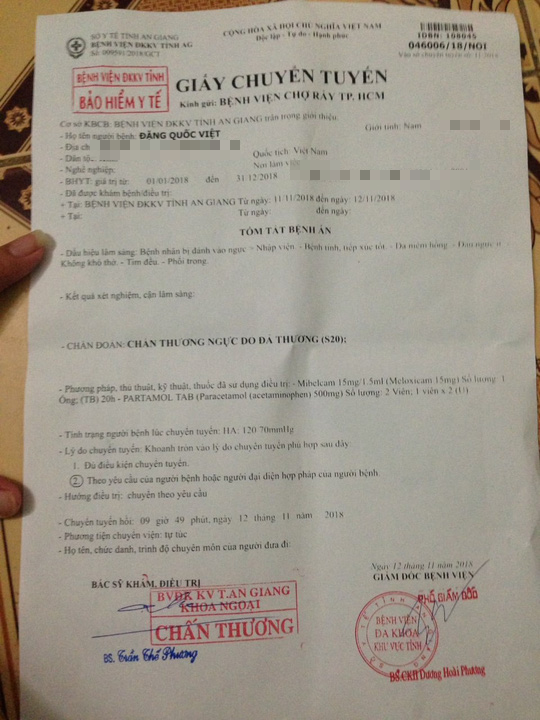 In the headquarters, Mr. Viet said that heart disease should be a police force at Can Tho General Hospital. Tests showed that he had pneumonia (caused by bacteria) and a large heart. At the same time, it turned out that it is positive for marijuana (cannabis). 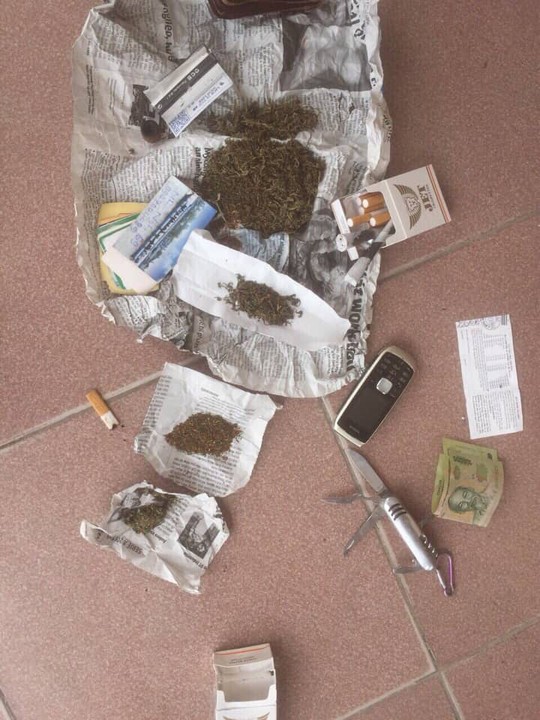 Care of three sticks, which Mr. Viet said it was props, according to the police, is a support tool that he wants to use must have a license. At the same time, while bringing Mr. Viet to the headquarters and to the hospital exam, the police said he did not have this handcuff.

The loss of a large number of assets is also unfounded. During the inspection, he only wears a camera bag, the basket is not as big as Mr. Viet said. At the same time, when the hospital carried out tests, the police also paid, did not pay Viet. 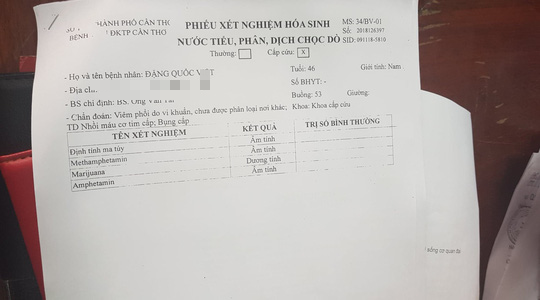 Police in Can Tho City also reported that due to information from the social network, the police asked the Xuan Khanh District Police, Ninh Kieu District Police to file a case, but did not send a request to the police. Complaints. In addition, Mr. Viet is a lecturer at the Theater Theater University, or not, the police have not verified.

According to the police of Can Tho City, in the report of Mr. Viet on the police, Xuan Khanh Ward said: "I was not beaten or tortured during work, my illness because of my pathology, I do not use drugs."