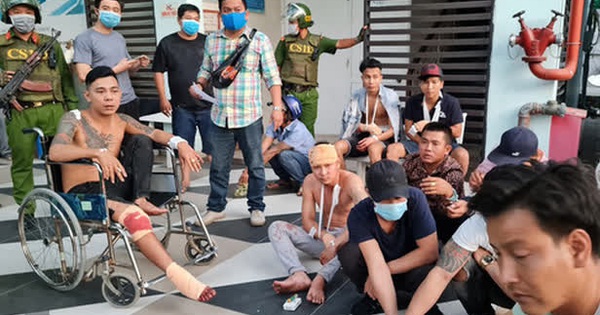 On the morning of December 6, Colonel Dinh Van Noi, An Giang Province Director of Public Security, said he had instructed the Criminal Police, Mobile Police, and Police 113 to cooperate with the Thoai Son District Police and Police. TP. Long Xuyen quickly arrested people associated with the chaos on Highway 91. 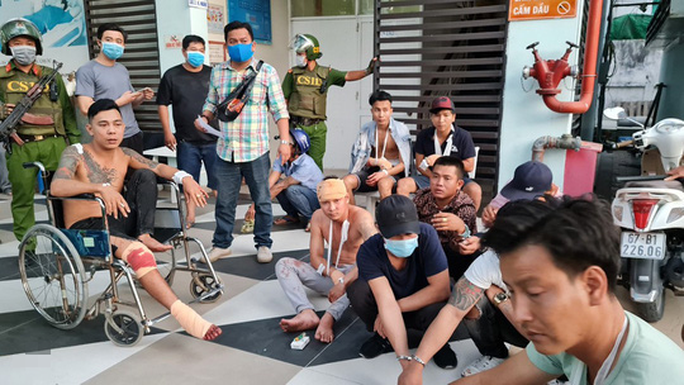 On December 5, Bui Quoc Quan (SN 1989; based in Tan Uyen City, Binh Duong Province) was driving a 16-seater car carrying 9 other young people from Binh Duong Province to Nui City, according to preliminary investigation results. Sap, Thoai Son District was at a friend’s wedding. During the event, this group had a conflict with the group Tran Minh Triet (SN 1984) and Nguyen Hoang Tan (SN 1986, living in Nui Sap). 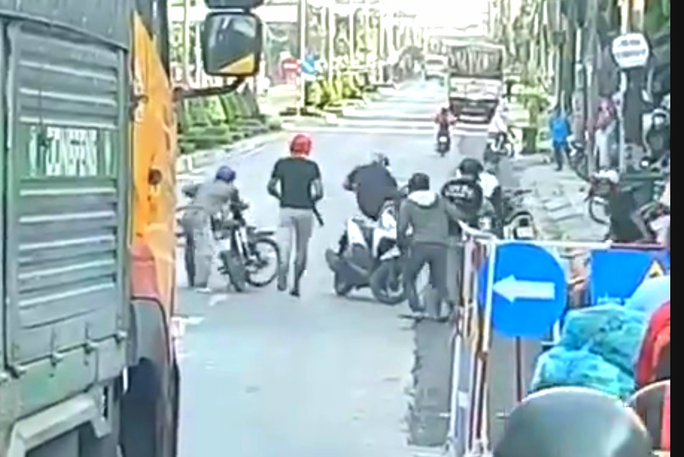 A group of young people in An Giang chased a group of people from Binh Duong and slashed each other, causing riots on Highway 91 (photo cut from clip)

Around 3:05 PM on the same day, Quan drove the group to Dong Son 2 village area, Nui Sap town, to fight the Triet and Tan groups. During the fight, both groups used household knives (machetes) and pistols (it is not known yet what). As a result, Triet was cut in the head and Tan was cut twice in the body and was taken to the emergency room of the An Giang Central General Hospital.

After committing the crime, the subjects immediately got into the military vehicle and took them back to Binh Duong. However, when this car arrives on Highway 91 in My Thoi, the city. Long Xuyen was chased by 9 young men on 5 motorbikes, stopped, smashed a windshield, then stabbed and slashed 6 people.

When subjects in a 16-seater car drove to a nearby hospital for treatment, they were stopped by the police.