Paying 600 million for the line to be brought to the UK, the Vietnamese struggled with unemployment, boredom, police arrests, exploitation by his countrymen, and then imprisoned for several months. deportation

The past starved for days, he almost lost his life in the Serbian forest, and in the frozen henhouse to England he always persecuted him. Where the sky cannot be seen, see only prisons, prisons and huge debts that are never paid off … 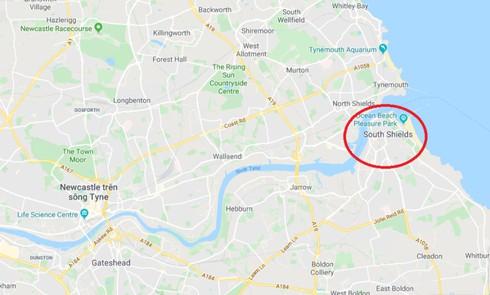 The end of the heroine's dream of a British paradise (Photo: Internet)

After almost 2 months of work in the city of Portsmouth in southern England, the disaster struck.

Around 20:30 I was just at work, waiting for cooked rice for dinner, when suddenly I heard a knock on the door.

I had a bad feeling about this. I went out to open the veil when I found 3 policemen standing at the door talking to each other. I immediately turned to pull out the back door when I saw several policemen who had already arrived.

Knowing that I could not escape through the door, I ran to the second floor in the hope that I was climbing the ceiling by the roof to escape to another house when I had the opportunity to escape. However, as soon as he was able to raise the ladder, he heard a bang, the door opened and the entire police team rushed in.

Before they climbed the ladder, they were controlled by them.

That night they took me to a police station to testify. However, due to language barriers, they must contact to find a translator. Wait until around 11pm, let me see the translator on the phone.

This person asked various questions: "Who does this?" Are they for what? Is involved in planting or care? Do you see if they do it? …

Before and after, I said, "I've just been in England for a week because I haven't had a job, so people hired me here to serve rice and laundry. I didn't participate and I didn't know anything about it. "After a while, they took me to my cell to rest.

The next morning, the police took me to an interpreter. Still the same question and of course I just answered it. At noon, after a long conversation and discussion, the translator told me: "If you have a friend in England, give the police address, they will let you go home."

At the moment I am asking them for a phone call (from last night) to call my friends. In the UK, providing police refugees with lawn-related residence is taboo. Fortunately, my friend begged Mrs. T. Hai Phong to release the address.

After returning to London, I still found new jobs, but other real jobs with uncertain income. After planting a clean salary of 100 pounds / week For some time the vegetables were moist, I would like to switch to worm farming and sell them as fish bait. No wonder I came back to London to wait for the opportunity. 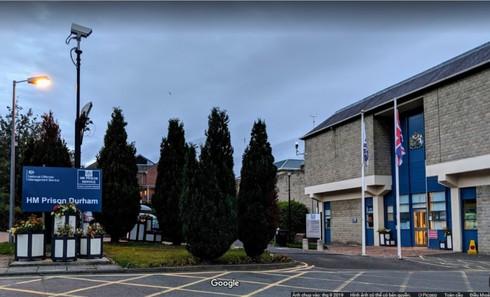 Druham prison, where I was held for almost 3 months (photo: Internet)

The Vietnamese use each other

Then, family members sent a phone number to their compatriot Th. This guy invited me to eat with you. Tonight he asked me to stay and work because I was about to open a new yard.

I was glad to receive a drowned person with a stake.

This time Th. they invested in Quang Binh, sent my son who came from Vietnam to work with me. Two brothers support each other, work is much easier. Especially some people speak sadly, so 3 months passed very quickly.

By the time of harvest, along with the weight of the goods, which I estimated were deducted, I also received £ 2,000. However Th. just give each person 750 pounds (equivalent to 24 million VND – PV).

Feeling overly exploited, I called my owner in London, where I lived. In an exchange he said that with such an investment each person's salary must be over two thousand pounds.

Holding 750 pounds of labor in three months of this mercy. I wonder if the sky is here? Borrow almost 600 million VND from Vietnam to fly monthly to get 8 million VND? Suddenly I was disappointed in the promised land. A container with 39 dead bodies was discovered by the British police at Waterglade Industrial Park, Essex County, northeast of London (UK) (photo: Internet)

Being very depressed, B. (Ky Anh, Ha Tinh) called and encouraged me to share and told me to do it together.

We went down to South Shields, north of Great Britain, to grow marijuana.

At the end of the first case, minus all the initial expenses, B. divided me two thousand pounds of earnings and lent one thousand dollars to his family for repayment.

Due to yields, it is only after 4 weeks of harvesting the next crop. In the afternoon of January 9, 2015, after finishing my work, I took a shower and washed myself, dressed thoroughly and waited for B. to pick up the goods and then return to London. This case thought that the income would not be so bad.

Sitting sipping coffee when he heard a knock on the door.

Knowledge is not B. because B. just called to notify you after 1 hour presence. Carefully I looked through the crack when I saw a group of policemen surrounding the front, ran to the back door and saw another group with siege dogs.

Knowing that there was no other way out, I called to inform B. while I took the necessary things, put them on and waited for them to break down the door to lead.

After many meetings with social lawyers, after many trials, I was fined for 6 months in prison. However, when almost three months passed, they transferred me to a refugee camp near London Heathrow airport to deport me.

I got stunned, and my heart was heavy.

When I returned to Vietnam for the first time, I didn't seem to leave the house. Colleagues and friends asked and invited me to refuse. The story of death in England cannot tell anyone. Why don't you bring your English to let your friends pay for alcohol while the interest is higher than your daily expenses.

In the case of debt, my wife's family had to sell 450 million dong for my husband and wife to pay the debt, but that was still not enough. There are almost 120 million dongues borrowed from banks, I still can't pay!

Debt, lack of work, haunting past comes to life when I hear about 39 container deaths last week. In any case, I'm still lucky to be able to live with a family that can't be bought for any money. The central man, after crossing the border with the "living casket" of containers to England, had to face …