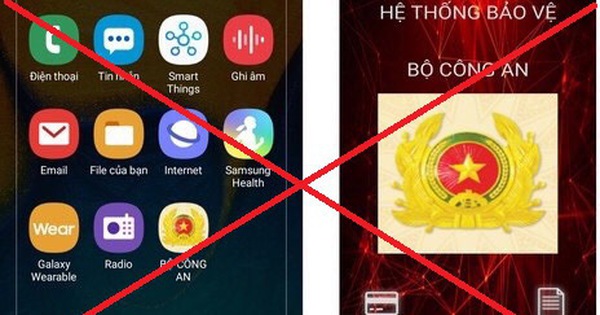 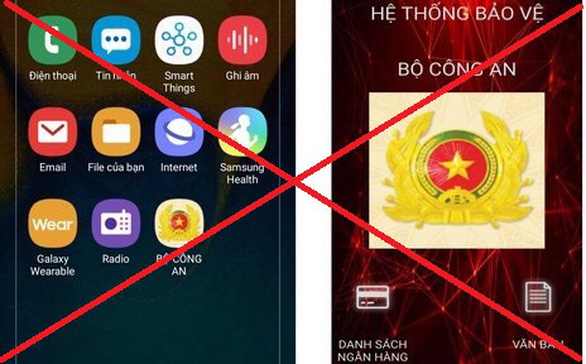 As a result, spyware is masked by objects, disguising themselves as a mobile application (application) called “Ministry of Public Security”.

This is the trick of using spyware to cheat, steal property, and misappropriate property is especially dangerous. If the user installs this app on the phone, he takes control of the entire phone.

The trick used by the test subjects is to use VOIP technology to create virtual phone numbers, falsify public law enforcement phone numbers (differing only from prefixes such as +0096, +884), Calling the victim, informing them that they are being tested because they are bound with a case or a specialist case, otherwise she will be arrested and brought to trial.

At the same time, ask the victim to declare assets, the amount of available cash, and the amount of money deposited in bank accounts. They faked arrest warrants, indictments, police harassment calls, and then asked victims to switch to Android phones.

After the victim installs an application called “Ministry of Public Security” above, as per the respondents’ instructions, the victim will have to fill in the information fields displayed in this fake application, such as: username, password, bank account, first and last name, ID number ( citizen’s ID number) … This information will be sent to a server managed by respondents.

Typically, there was an incident in which subjects silently monitored the content of messages, retrieved account passwords themselves, registered online banking and smart banking services, and changed account transaction limits. then go to the account, transfer the victim’s money abroad.

Messages containing OTP codes and confirming phone calls from bank employees are forwarded directly to their destination by spyware. This is the reason for the cardholder withdrawing without the victim knowing.

Following an investigation, police found dozens of victims in provinces and cities such as Da Nang, Hue, Tuyen Quang, Nghe An, An Giang, Dak Lak … were stolen and seized by the items. won hundreds of billions of dongs in his bank account.

The Ministry of Public Security recommends that people be wary of new cybercrime deceptive tricks; absolutely do not go to unofficial news sites; do not install software or applications from unofficial sources.

If an Android phone user has installed the fake “Ministry of Public Security” app above, please quickly check, notify your bank immediately via the 24/7 support center and report to the police. the nearest place of help and service.