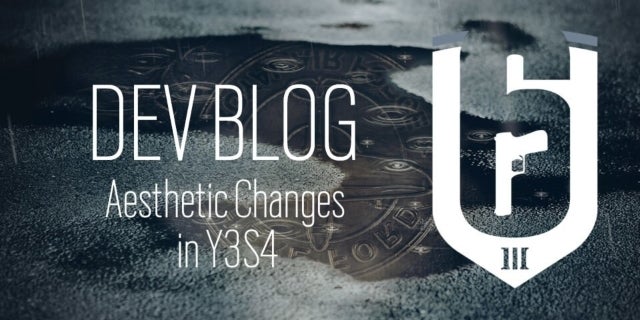 Ubisoft has recently announced that some "aesthetic changes" will be made to the ever-popular Rainbow Six Siege before the game is expanding to more Asian areas, players are now beginning to see how much censorship begins. Telling the community about the recent recalculation is an underestimation.

This started with the latest development update and recent re-explanation: "We want to explain why these changes come to the global version of the game, as opposed to the branching and the two parallel constructions."

They added, "If we maintain a single building, we are able to reduce the duplication of work on the development side, which allows us to become more agile and more responsive to the issues as a developing team.

"Since the same people are working on a separate global version of the game, we only have to do the job once, and we can guarantee that future changes are in line with global regulations."

Then he promised that the changes did not change the "core" of the game, though many players disagree.

Below are some changes to blood, gambling and sexual content:

Since shared changes, players are involved in the game to share their complaints about changes. This confusion and frustration only increased when a Ubisoft Community Manager came to the forums to explain: "We recognize and understand that some elements can not be fully global, so there will be some things to build wise." He also noted that " that this is a closed, branched "region" that does not link up with our existing player base, which seems to be directly contradicted by the original statement.

Because of the controversial messages about aesthetic changes, many people are wondering if this is still necessary, even if Ubisoft has not yet dealt with this confusion. Although this seems only to seemingly apparent, "a completely global structure" is "not possible" many players think differently.

What do you think about the changes? Do you think that the community manager might have missed the race or did not finish Ubisoft's future goals incorrectly? Sounds in the note below.